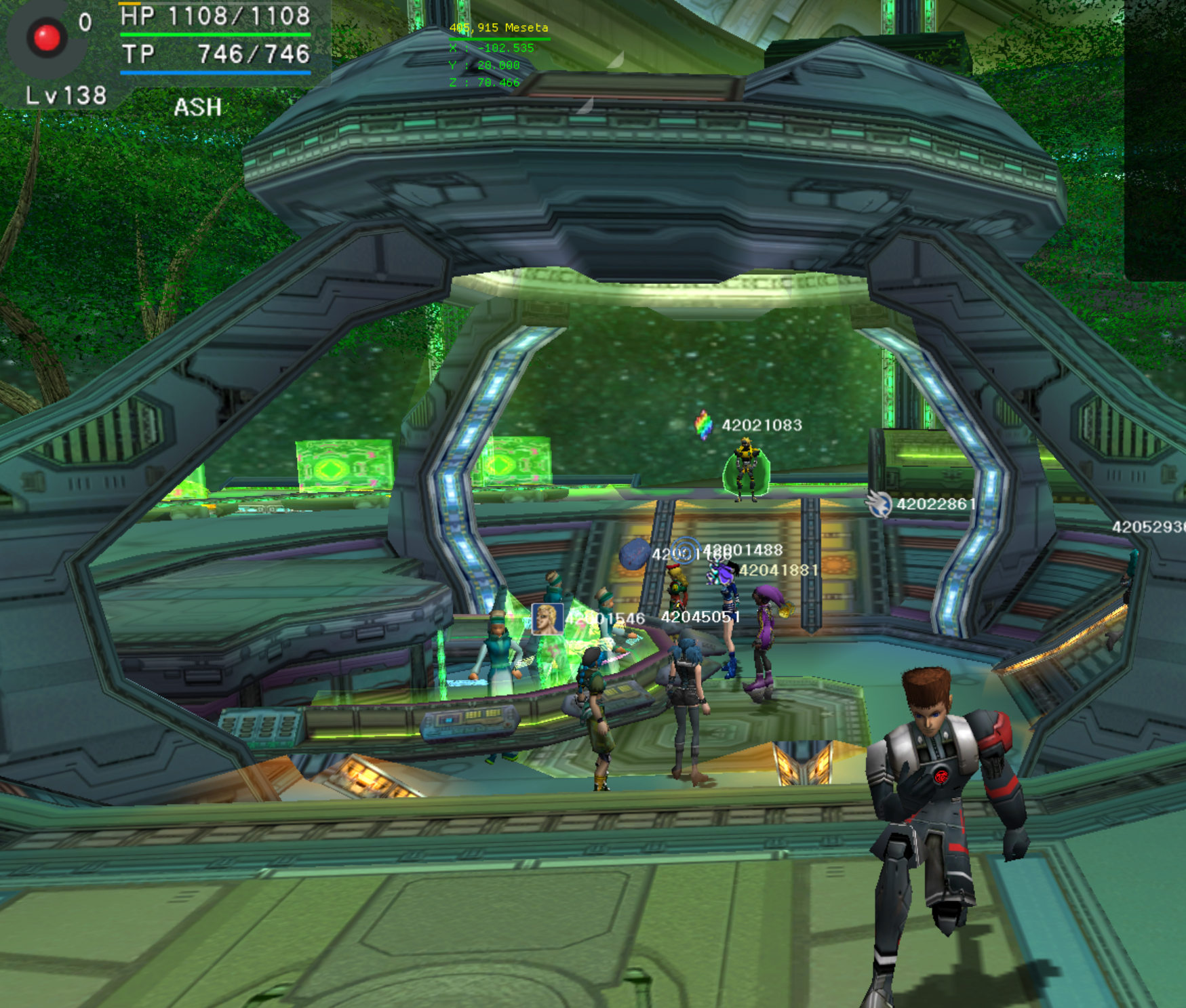 Second order will be DEMONS Mechguns but I only want you to fulfill this once you have completed first orders from others!

My favourite Humar has to athlete whom I met one sunny evening in the bright lobby 1 on a ship named Fodra. His first word will always resonate in my soul “Yes. > Eleina “. He then embraced me and took me on a journey through the depths of Ragol. He showed me a fire spitting beast, a rather large snake, an interesting electronic toy amongst other things...He showed his fortitude laying down the obstacles one by one, never relenting and never failing. The strongest humar I know and I’m sure he will come to the rescue of this ES weapon request. I know one day I’ll heed the call from my favourite humar athlete when he asks Would you like to play challenge mode?>Everybody
Last edited: Feb 8, 2020

I wish the 100 word essay was the first order tbh but here is me with best grill
Zalure handgun
And also finish 1c9 with me q.q 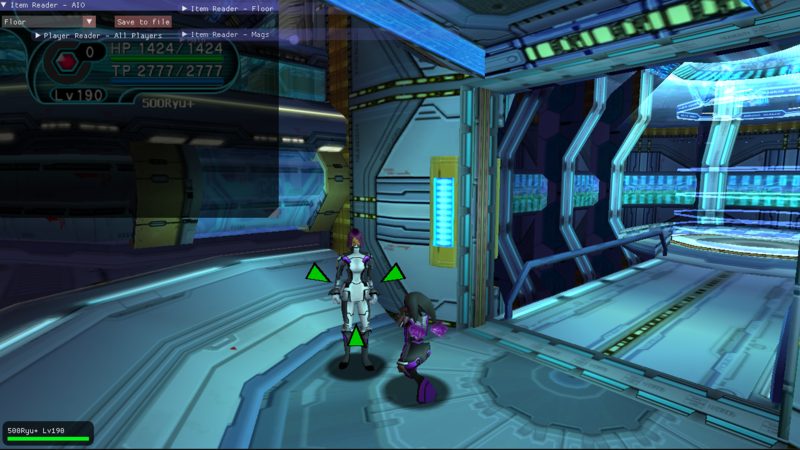 Orders received guys; however the queue is still full! Please check back later this weekend; it may have opened up somewhat by then.

How long does it take until orders get fulfilled?

Yuffie said:
How long does it take until orders get fulfilled?
Click to expand...

About as long as it takes me to run the stages!

Order received; will add to tracker after previous orders have been filled.
H

I would very much appreciate a Hell Twin, please.

Many people do not know the secret history of Ragol...but it is written that long ago the planet was populated solely by HU's.
A HUmar scientist by the name of Dr. Light was the first HUmar to create Casts.
You see, Dr. Light had a HUmar assistant named Dr. Wily. And Dr. Wily betrayed all of HUmanity by converting all of the wildlife on Ragol into aggressive monsters.
Dr. Light realized that to combat the aggressive monsters, and put a stop to Dr. Wily, HUmanity would need andriod assistants to help in the fight.
So Dr. Light created the process of turning HUmars into Casts.
A brave young HUmar named Rock was the very first HUmar to volunteer to be converted into a HUCast.
Dr. Light outfitted Rock with the technology to equip various weapons onto his arm, but Rock still needed the help from other HUmars to obtain these weapons.
HUmars were still more capable than young Rock and his HUcast brethern.
HUmars were able to clear the captchas that Rock could no longer understand.
HUmars could still take out loans for vehicles, because they can check boxes that verify they are not robots.
Yes...becoming a Cast had it's disadvantages...but fortunately, there were honorable HUmars that were willing to help.
As legend tells, one such honorable HUmar went by the name Hardwood.
He volunteered to help failing HUcasts obtain the powerful weapons needed to join the fight against the evil Dr. Wily.
No one knows exactly what fate had in store for the honorable Hardwood...but as the story goes, he became one of the most legendary HUmars to ever walk the halls of Pioneer 2.
A Zalure Gun could come in handy.

Thank you so much for the service you've offered
Arrest Mechs would be really neat.
Last edited: Feb 8, 2020
H

@Linker Orders received; I'll get to them after clearing the others.

@cameron- @Aizen @Eistee I have placed one order from each of you in the queue, shall we meet to arrange payment?

Event Team
We shall meet
H

@cameron- @Syncytium @tim^ Your ES weapons are ready for pickup.

@Aizen Your DEMONS MECHGUN is done too, but I still need to receive the 3PD payment from you.

I would like to place an order for a Hell Shot, please.


HUmar love:
What you see before you is the one and only Aizen The HUmar. I hold deep love for him as he was my first character on Ephinea and taught me how to love all of the intricacies in PSO while spending many nights controlling his thick legs and stocky arms, and dark brooding facial features. He has insanely high ATP and can use spirit Vulcans like a champ. He hardly ever dies unlike my dumb brother Kurotsuchi. He was the second level 200 HUmar on the server, and the first is banned. Coincidence? Nothing can stand in his way! He is and always will be my SLOT 1 and will remain the most badass HUmar to ever see the light of Ragol.

@Eistee @KIREEK @500ryu Your ES weapons are ready for pickup. You can pay me when we meet. (I've already received 3PD from Eistee.)

ok, now im curious how long this is going to take you...xd but i give u ur shot xd
srank 1: Daiji Mechgun
srank 2: Satana Slicer
Srank 3: Valkyrie Twin 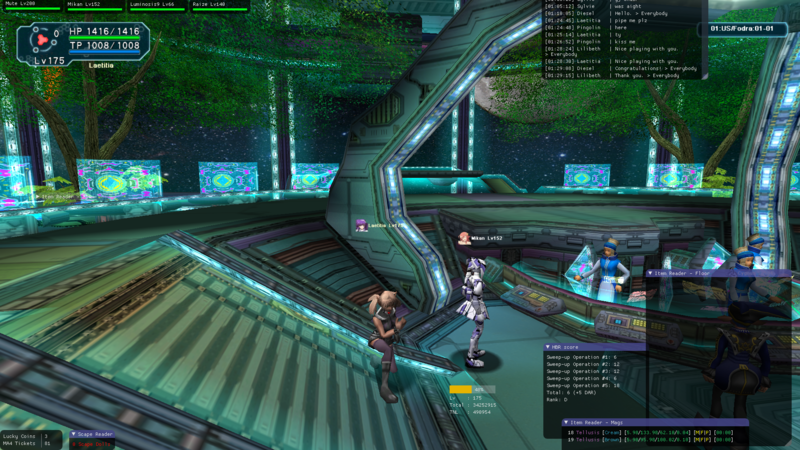 My big love beyond all the humars out there is the Sephiroth humar. You can find him on every psobb server you can play this game on. He shows the strength of this class in every single moment and carries parties with his superior support techs and doesnt even need sd to do well in solo mode. He just builds up pb if he ever should need to buff himself. Also they are the most beautiful fleshie male chars in bb...and should get more love. I wont forget when i got asked if humar is the worst class i ever played lol. One day my own humar will reach lvl 200 and become the ultimate meme lol.

Ima pay for the sranks when we meet up to hand over the first one, wonder if u keep this going my dear Hardwood...
Last edited: Feb 9, 2020 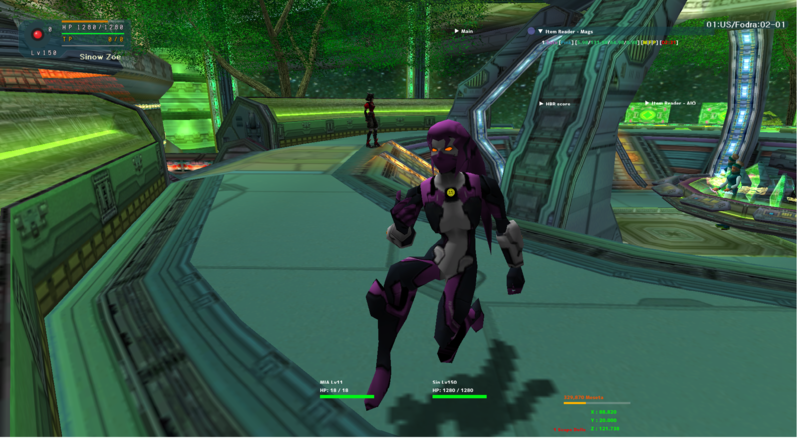 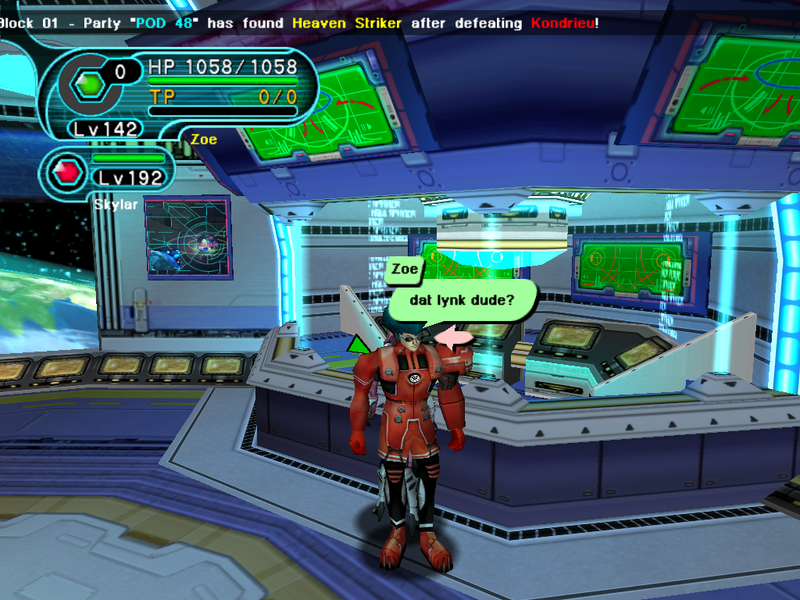 I like to give a shout out to Skylar who is also known as @falkenjeff on the Ephinea forums. He was a cool guy that used to play with me when the Ephinea server was open to the public starting around the Summer of 2015. A lot of time has passed since then, so I like to give a few posts to remember him in the old days of Ephinea besides his signature post.

Remember that time when nobody understood that EA meme after falkenjeff said that he did quite playing? falkenjeff has you covered! Who remembers the time when fakenjeff didn't want to switch off of Apple's iPhone because he thought that they were going to reinstate the headphone jack but felt crushed after realizing Apple likes to "engineer different"? Finally, I like to finish off the list with another thread by falkenjeff where he underestimates how hard it is to see the problem in regards to the Meltdown and Spectre CPU exploits.
Hardcore Mode (HC): MAGICAL MECHGUN - 1 HC PD
I would like to propose to add both of my Ephinea forum names along with the name of the HUmar that I mentioned from the second order in this manner: @brionac aka @Villain - Skylar aka @falkenjeff
I appreciate the offer; please feel free to reach me by clicking the first link in my signature to have my contact information.

Hey guys, orders received, please check back later next week as there is still a sizeable backlog of ES requests!

@Zorua I have reported your post for being off-topic. Please keep your posts in this thread on topic, so as to not be a nuisance. Thank you.

3rd order Zalure Gun. Immortalise me in the humar fanclub already! But same as second request make sure others get their second orders before tackling this one