How can I fix this? Doesn't the client need to be edited to make this work properly? Any help is appreciated..... 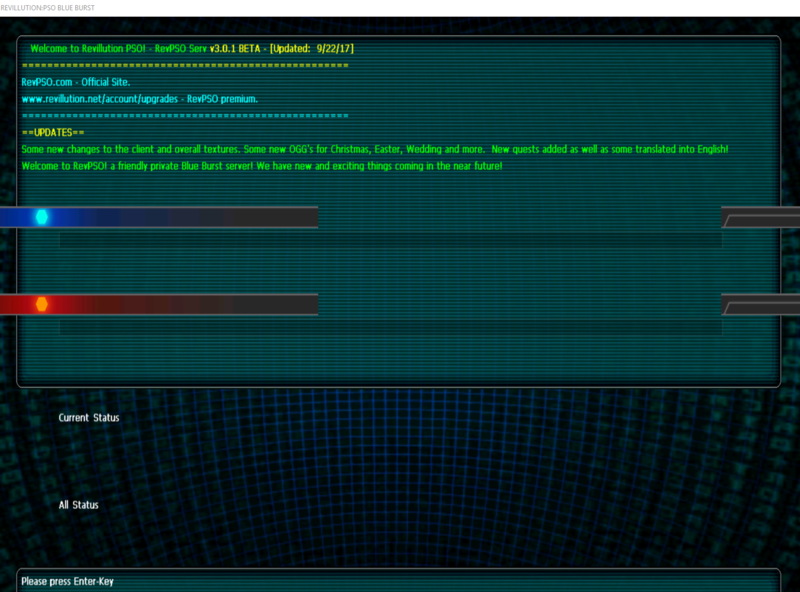 That's problem of how the launcher works.
It edits the client when it launches, sometimes it doesn't have enough time to edit all the things and some end up like this.

@tofuman I've run into a snag when running this and the lua gui mods from Eidolon. Because of how your launcher works, and how the mods work, they are completely incompatible. The working directory for the mods requires it to be in the same path as exe, but because of how your launcher is built, it doesn't change the working directory. Is there any way you could remedy this?

PSO all day, every day

@tofuman i have the same problem as @Xlaits , is there any plan to update this to handle the psobb Addon plugin?
S

EDIT: Best you can do for now is to read Soly's post below.

I was checking the launcher and the launcher code seems to end up setting the working directory back to the executable location but it gets set to that folder above somewhere else that I haven't found. 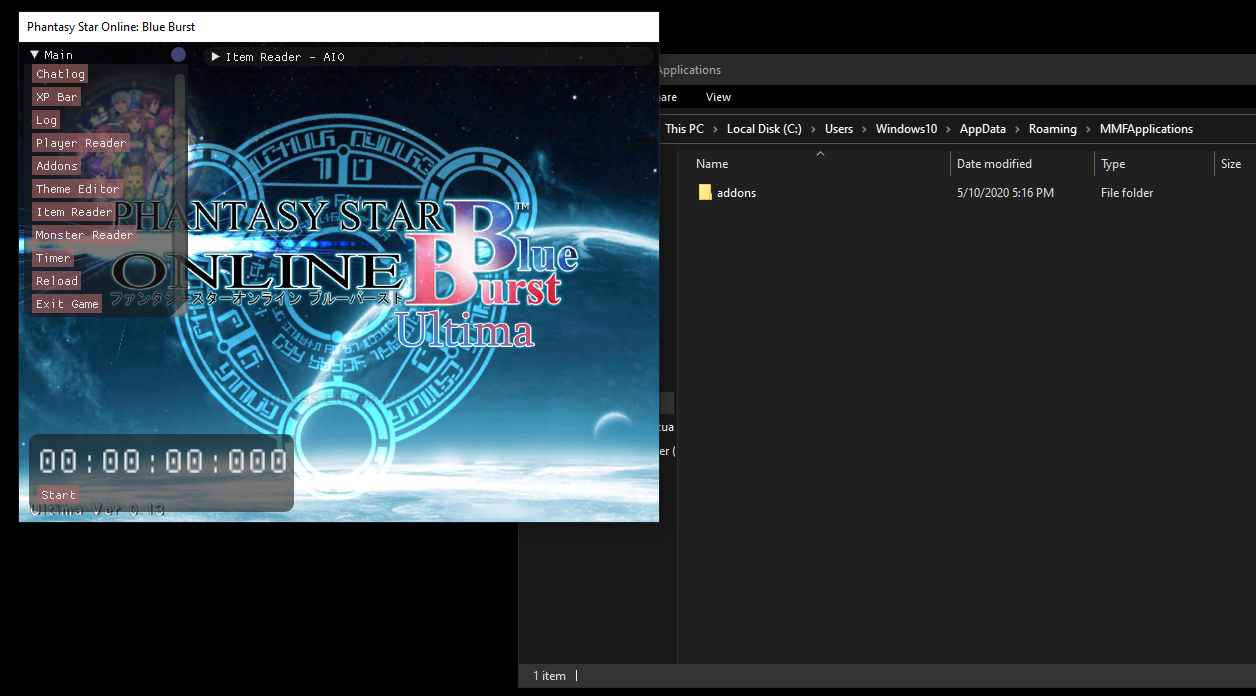 It's been a few years since I got the urge to play some original PSO/PSOv2/PSOBB, but the last few days I have set up a local Tethealla server and client. The "original" PsoBB.exe maxes out the resolution at 1280x960 (or 1280x1024), even though I have a "NVIDIA GeForce GTX 1660 SUPER" and a monitor that uses 1920x1080 resolution. So I thought I would give this launcher a go, but I quickly ran into some serious issues.

1. Even when running the launcher in compatibility mode (XP SP3 or Vista SP2), it usually only works 1 out of 3 times. Instead it usually launches the game in the "original" resolution (1280x960, set in the online.exe options) but still thinks it's using 1920x1080. So the proportions of the graphics end up totally wrong and the (High Res) HUD looks awful.
2. When it actually does work and it launches the game in 1920x1080, the map doesn't work?! I don't see any enemy dots, I don't see any outlines of the areas, I don't see the red arrow that is me, I see nothing more than an empty square.

So, is there a working launcher (this one or another) that lets me run the game in 1920x1080 and that works good/well with a current up-to-date Windows 10? Maybe there is a source for this launcher that I can tweak myself? (I did compile the login, patch and ship-server myself in Visual Studio 2019 Community, after a few tweaks!)

The way Tofu's launcher works, is by modifying the game data/code at start up... if the game launches too fast, it might not have enough time to modify the data and you get the issues you are experiencing right now.

I don't think there is any solution for you right now.

I am gonna release a version of the client that loads a DLL that will include the widescreen patch that Ultima and Ephinea use (as well as all sort of patches we can come up with to put in there, specifically some fixes esc has been working on)... but I don't know when that will be.
P

Those are the answers I got throughout the day from our extremely generous and patient Soly!

(If you see this again Soly, thank you so freakin much yet again. I was loosing sleep and completely obsessed with this over the past 3 days because of my OCD and it all got put to rest finally).

Essentially outside form the Ephinea and Ultima versions of the game/setup there doesn't seem to be any easy fix/solution for that unless I can code it/rework it myself (which I obviously can't). The best I can obtain currently with my offline setup is with Tofu's general release widescreen launcher from years ago that we find right here on the first page. Which still enables a nice 2K resolution with widescreen support. And for the virtual fullscreen, it is to continue using borderless gaming.

BUT like he mentioned just above 2 months ago, he has a project in the works to do a custom launcher + DLLs of his own that could virtually work with any client/PSOBB install from what I understand. That implements all the advantages of the best ones out there and more potentially. But because of his work and just busy life in general he really doesn't have time to work on it until further notice! Which I understand 100%. I wouldn't want him to impact his quality of life in any way for this so I respect that.

So yeah that's about it. Unless someone else has some knowledge we don't to do it in an easier way or wants to start making it's own version of what Soly is making...that's that!

Now for anyone that is experiencing LUA addons issues like mentioned just above, by using them with Tofu's launcher, I finally found a definitive way to fix them!

All of it has been discussed here!

@Spuz can't find anything after a quick check in the repo history (who knows when it was changed, if it was there) but I could look into it later. What about that other monster tho? what happens now? Now nothing displays, Duuvik is the switch which you have to kill to blow up dubchics which has... 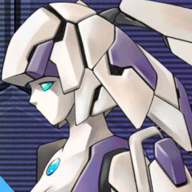 Until next time, take care and be safe guys!
A

I'm a little confused, is this widescreen launcher still working?

I downloaded this sometime last year and never had a problem with it.

Now it seems to be reverting back to whatever resolution is set in the initial options menu.

When I first run the launcher (in 1920x1080), it creates a large window as I would expect and seems to be working. After the first run though it always reverts back to whatever resolution is set in the initial options menu.

If I delete the entire PSOBB client folder, create a new one, and run the widescreen launcher again, it will once again create a large window as expected but only on the first initial run.

Does anyone know what's going on with the launcher?

I downloaded this sometime last year and never had a problem with it.

Now it seems to be reverting back to whatever resolution is set in the initial options menu.

When I first run the launcher (in 1920x1080), it creates a large window as I would expect and seems to be working. After the first run though it always reverts back to whatever resolution is set in the initial options menu.

If I delete the entire PSOBB client folder, create a new one, and run the widescreen launcher again, it will once again create a large window as expected but only on the first initial run.

Does anyone know what's going on with the launcher?

This launcher works by modifying the game while it's launching, you have to use the launcher every time.
Ephinea, Ultima and I guess whoever else uses custom DLLs with the patch included there work differently and doesn't require that.
A

I understand I have to use the launcher every time, and I do. The problem is that after the first run, it seems to stop working.

I guess I'm the only one experiencing this?

To clarify, I'm running the widescreen launcher every time I start PSOBB.

After the first run, if I use the widescreen launcher again to start the game, the window is no longer sized properly and reverts to whatever resolution is in the original options menu.

Basically, it only seems to create the appropriately sized window/resolution on the 1st run using a fresh PSOBB client folder, after that it no longer works.

On a side note, I notice that every time I delete and recreate the PSOBB folder, my graphics settings remain saved. I assumed I was deleting all the previous settings by deleting the folder but it seems like it's saved elsewhere? I'm not sure where these settings would be saved if not the PSOBB client folder. I thought maybe the settings are stored somewhere in the MySQL server but I'm not sure.

If anyone has any tips and/or tricks to get the launcher working I'd appreciate it.
Last edited: Apr 27, 2021

Well, I really have no idea why you experience that (I never did when I used it).

As for your options, they are saved in the registry
Computer\HKEY_CURRENT_USER\SOFTWARE\SonicTeam\PSOBB
A

Ok thanks for that info.

This issue is new to me too. Like I said, I used it a year ago with no problems. I have since redownloaded PSOBB and am having this issue.

I did discover though, this issue seems to only be happening on my desktop computer.

I downloaded the PSOBB client to my laptop and the widescreen launcher works as expected on it.

I may have encountered some unique bug on the desktop somehow. Maybe resetting the registry and running the install.reg again would help.