Christmas Event 2021
December 11th - January 8th
​
日本語訳はこちら → クリスマスイベント 2021​
​
Welcome to the Christmas 2021 event! We all ruined it together this year, AS A TEAM!! (Special thanks to @Ender for doing most of the work) Some of the mechanics are the same as 2020 where all of the Normal, Hard, and Very Hard Presents contain the same list and are called Common presents. However, not all of the N-VH items are in the Ultimate presents. The items in the lists were reworked this year considering feedback from the past Christmas events.

For new players who haven't played our Christmas Event before, there are a few things to look out for:
*The Christmas Fiasco quests reward 4, 6, and 6 coal for Episode 1, Episode 2, and Episode 4 respectively.

The HBR for the event is:
Remember that presents do not drop from Rappies that are scared away, nor do they drop from boxes. Rappies that are defeated normally will still drop presents, though. Present drop rates are not affected by DAR, so presents have an equal chance of dropping from any killed enemy in a difficulty regardless of the active weekly boost or if you're in HBR!


Items listed with "variable" Hit will always come with at least 15% Hit, and can have upwards of 60% Hit.

Are we allowed to open our xmas presents before xmas?

Thanks, Ephinea staff! Do we have to report what we find, or will the server "know" when it's been found and automatically update the list?

Stoked for the cooperative present list fill in again this year

Thank you to every one at Ephinea! Merry Christmas! From everyone at Team AlphaForce! 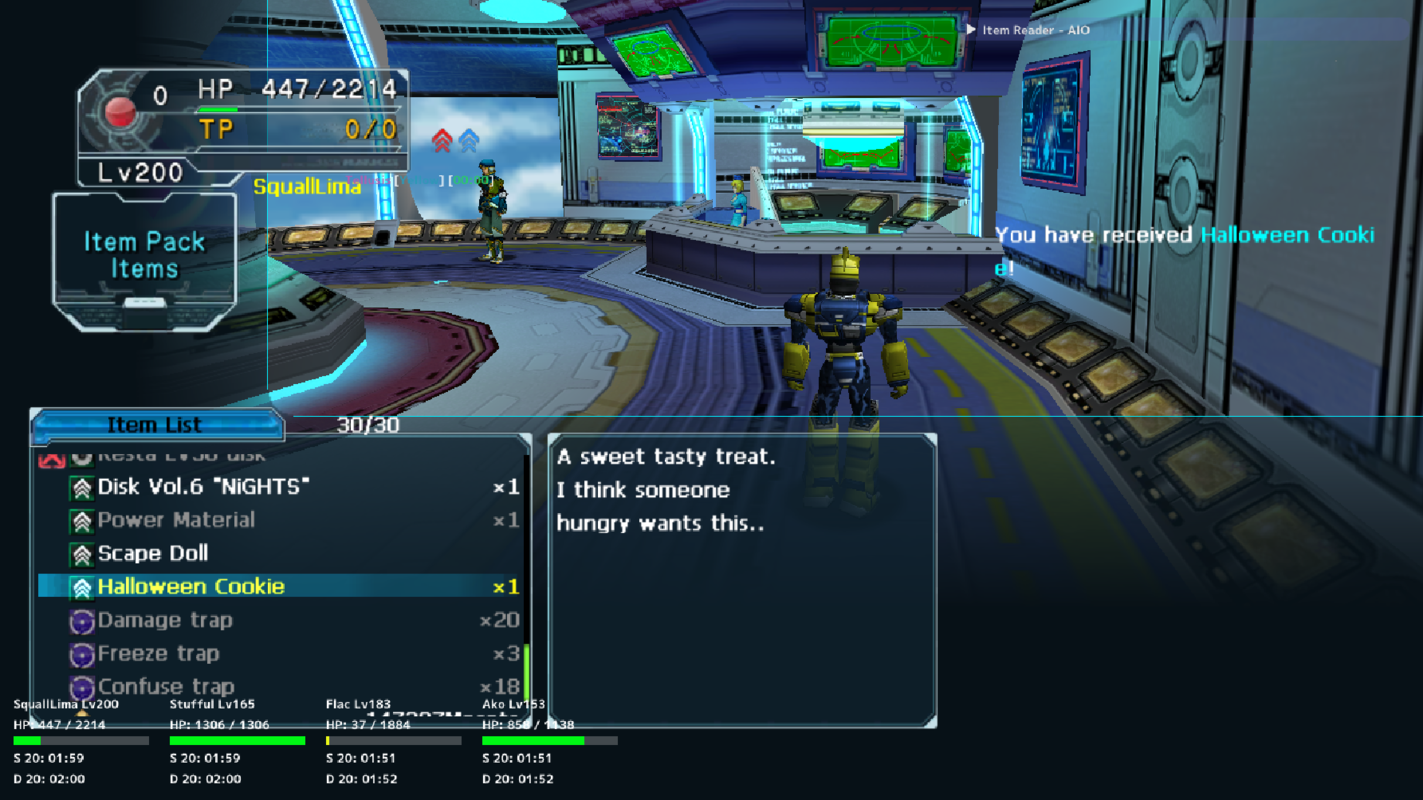 Hi Admins: Are the weekly boosts doubled? The thread doesn't say. The main website still says "Rare Monster + 50%" and it's the only stat that doesn't show up with /partyinfo. Cam said "yes" on Discord. I was just wondering if we could get the thread updated if that was the case. Thanks, and Merry Christmas!

yeah now there's too many comments to heart-eye-react them all.......or..HM