What are great section ID choices for each class on this server?

Just wondering what has the best drops for each class. I know Skyly drops the Chain Sawd and SJS for Hunters, but I'm having a hard time sorting through the rest of the VH and Ultimate lists...

Staff member
Skyly drops some of the best hunter gear. SJS, Red Sword, Chain Sawd, S-Red's arms, Red Ring, Twin Blaze, Guren and Shouren, Smartlink.
But you'll have to get a Lame d'Argent from a Yellowboze or Viridia.

For Ranger I would pick Bluefull or Purplenum because Heaven Striker is THE ONLY RARE GUN YOU NEED MAN.
Other times you'll be using Charge Vulcan, Charge/Berserk Arms, and VARIOUS NEEDLES. Frozen Shooter is great but it's not worth changing your ID for.

For Force I would pick an ID that can hunt high-end force weapons with hit.
Weapons like Tyrell's Parasol, Lame d'Argent, Slicer of Fanatic.
Psycho Wand is arguably the best casting weapon for a FO so Purplenum and Oran are good choices too!
Last edited: Mar 17, 2016

As Anime mentions for ranger (Various needles). Spread Needle is the only in-game needle via section ID hunt: Puple / Yellow. All other Needles are made via Challenge mode and are sranks afaik.

As you can see the choices are as shown by the other guys. Personally I would go purplenum for a first char as it's the best all round ID.

When deciding section ID, one should not only think of which ID gives the best equip for the character, but also which ID the character excels at hunting at. For example while Hunters may want Sealed J-Sword, RAmars and RAmarls have the easiest time hunting it from PW4. People often end up with a character that is not so great for the task, although powerful classes can still manage.

Back on topic of which ID is best for what class, apart from what has already been said, V101, V502, Red Ring are also general best drops. V101 in particular is very important and heavily affects an ID's rating.

For Hunters, while Skyly has all the high ATP swords, the best sacrificial ones are best hunted on Yellowboze (high hit Zanba, high hit Flowen 3084, however both are very rare). Viridia's hit Yunchang is also worth a mention.

For Hunters and Forces, Redria has the best Diska of Braveman drop (but it can also be obtained from Forces' Lucky Coins), and Oran/Skyly has the best Slicer of Fanatic drop.

For Rangers, Cannon Rouge (Redria/Yellowboze) is also a good thing to get.

Alternatively you can pick the ID which synergize with your outfit.

Rianov 5 is good in some situations, this section id can get it from first boss ttf. I plan to make a character just to do this hunt and saturate the server with this weapon. CR from Eclair, h/pow and h/arms in the same area. Oh and did I mention rare rappies in ep4 give that lovely rianov 5...flapjack flapper and lame are also around.
Do people dislike this id due to RR and PGF, because those two hunts seem less important compared to other staples.

Anime said:
People dislike it because it is RLYBAD
but ya it has some relevant hunts B)
Click to expand...

What makes it bad?

Well, I play Live off the Land characters, so this question is always actually relevant to me.

Greenill is in a weird place no matter what class you play. It specializes in rifles and daggers, which is an odd combination to begin with. There's plenty of good stuff for Hunters, Rangers and melee Forces, but not only do they not get a v101, they get no speed boosts at all except for one Red Odoshi Domaru drop. That's a deal-breaker for many people. Plus, they are the only ID to not get either a Red Ring or a PGF.

No matter which style of Force you prefer, Greenill winds up lagging because melees don't get those speed boosts and traditional tech casters get very few options to boost their techs. Plus, it's a great thing when your drop charts are loaded with all the best daggers and rifles. Too bad you can't use 99% of them.

Most IDs are easily self-sustainable, but Greenill is not one of them. Other IDs or habitual gambling at Coren is needed to pick up the slack. Like this! 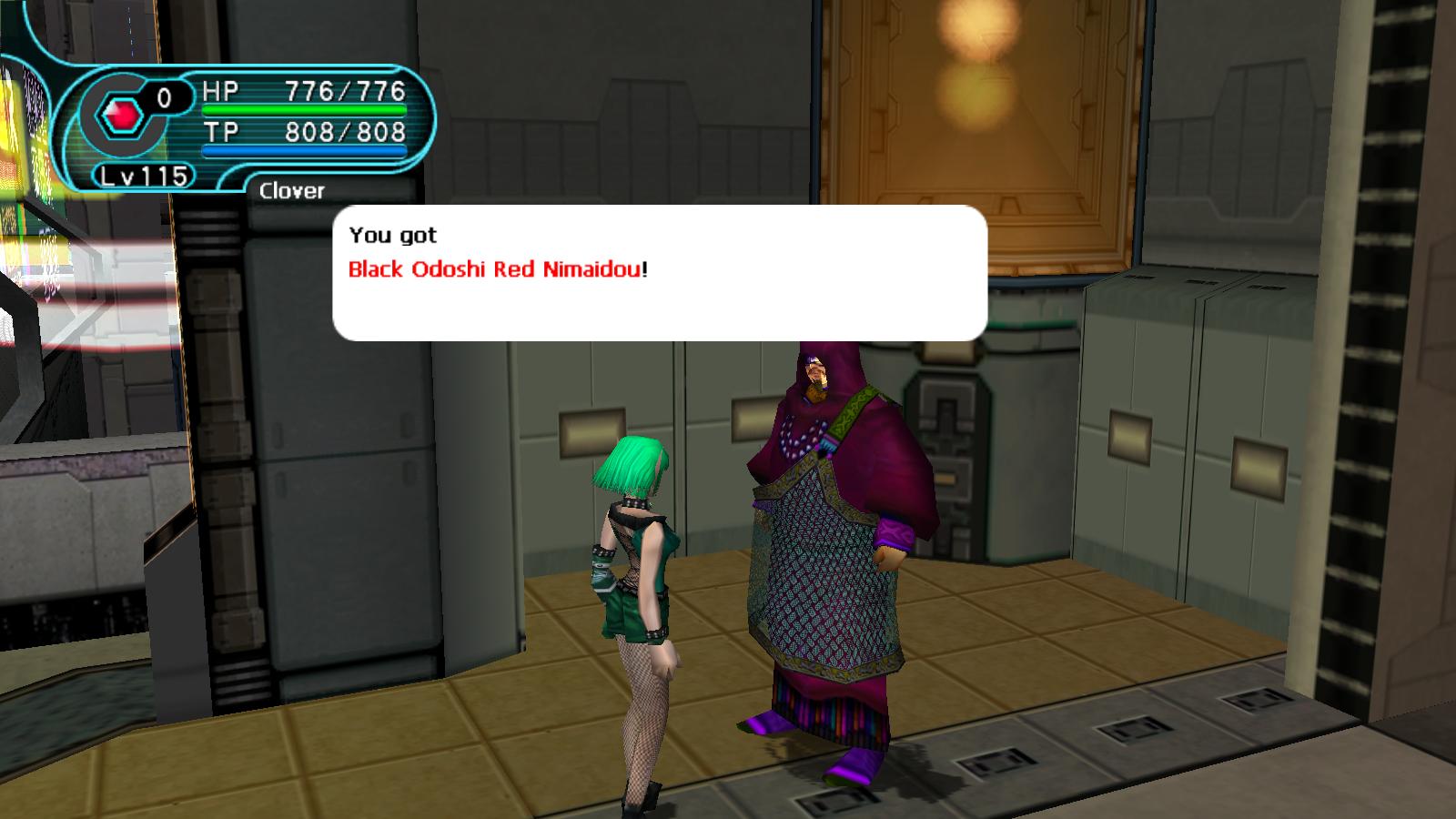 Rianov5 is neat for barba rappy and DRL though, but aside from that, majority of times you'll be joining games instead of hosting.

The trick to section IDs is to not care and yell at other people to make games for you.

don't listen to them

Staff member
Greenill is definitely the worst ID. The majority of items Kody listed have better alternatives more easily obtained on other IDs.

All you need to know is that Purplenum, Yellowboze and (probably) Whitill are the power IDs, so make sure you get those before anything else. All the other IDs are alright, but I'd say Greenill and Bluefull are pretty "low-tier" and only get niche items.