(We're currently inactive in PSO at the moment. You're welcome to join our Discord but don't expect too much in the way of in-game action. Sorry. We'll hopefully get back to it in the future!) 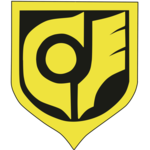 Who are we? We’re a small group of casual scrubs and professional jabronis who have varying levels of PSO experience, ranging from less than a year to dating back to the Dreamcast days. We like voice chat — like, we really like voice chat — and voice chat is our primary communication method in-game. Even though some of us have been playing for ages, we’re all dirty casuals and have a laidback approach to committing endless monster genocide on planet Ragol. We're also very newbie-friendly and supremely qualified in getting you levelled quickly. Most of our time is spent making stupid jokes on voice chat and chuckling like idiots. Also, we have POD, which is nice, right?

When do we usually play? Normally we get together somewhat regularly on weekends in the afternoons/evenings U.S. time (evening/night European time), but there are occasionally people available on weekdays, and at later hours too (like late night U.S. time.) Just holla if you ever want to do some dungeon crawling or missions or whatever, and I'm sure someone will join you. A lot of this depends on people's work schedules, but the stars do generally align a few times a week!

If you’re interested in joining us, hop on our Discord server, knock three times, say the secret password and get ready to party! But no, really, just join the Discord, say hi in the #welcome channel and introduce yourself by following the instructions in the pinned messages. Either I or one of our glorious and overall more-qualified lieutenants will grant you full access afterwards, and we'll link up with you in-game. Before doing so, please read the following, as these are the rules our community follows:

Also, a disclaimer: we're not serious about the military/special forces thing. It's a joke about how casual and lazy we really are - we're as far from being "elite" or "professional" or "cool" as it gets. If this makes you salty, I highly recommend writing out a complete complaint to me, folding the paper into an origami swan, and then throwing it into the sea.
Last edited: Aug 9, 2019

Ayyyy finally someone who uses the fucking voice channel in discord! Hell i might just join you. I don't play often. Maybe an hour a week I'm not gonna lie. But Jesus does it get whack when everyone refuses to speak.

ScoobyDew said:
But Jesus does it get whack when everyone refuses to speak.
Click to expand...

Yoooooo. I agree completely. Once I played PSO with voice chat (in the beginning, we used fucking *Skype*), I could never go back. Typing in-game or using the stupid quick chat thing feels a little like barbarism. Are we filthy barbarian scum? No! We are civilized folk. Well, okay, that's a lie, but still.

And no worries if you don't play often. We have a pretty active server (and even an active voice channel, sometimes!) outside of just PSO stuff. Feel free to stop by if you like!

I've been thinking about joining a team, and this very much appeals to me. I play using a PC hooked up to my living room entertainment system, and this PC came with one of those awful little lozenge Logitech wireless keyboard+trackpad things. I may as well let my cat try to type in-game.

I need to see if I can find the microphone for my headset, though; it's just been basically acting as a pair of headphones since I extracted myself from FFXI. Hopefully see you around. I will probably most often be on Monday+Friday evenings, maybe some Wednesday, and weekends.

Ray Shaw said:
I've been thinking about joining a team, and this very much appeals to me. I play using a PC hooked up to my living room entertainment system, and this PC came with one of those awful little lozenge Logitech wireless keyboard+trackpad things. I may as well let my cat try to type in-game.

I need to see if I can find the microphone for my headset, though; it's just been basically acting as a pair of headphones since I extracted myself from FFXI. Hopefully see you around. I will probably most often be on Monday+Friday evenings, maybe some Wednesday, and weekends.
Click to expand...

Ray Shaw said:
I may as well let my cat try to type in-game.
Click to expand...

Funny enough, I have a decent keyboard (ok, it's a laptop keyboard), and this is exactly how my typing is in-game too. It's just something about PSO. Voice chat is, obviously, the superior way. Plus you get to hear some lovely accents.

Feel free to join us! Even if you don't have a mic right away, you're welcome on the team anytime. ^^

Please use Word Select.
> Everybody

It's been a while! I'm pleased to report that we have finally unlocked Point of Disaster. This definitely was not done too late at all. Nope. We were definitely ahead of the pack on this. The next time we grind for team points will probably be for the 40 member cap, unless there's demand for something else. Mad props to Ajreev for doing the lion's share of TP grinding on this.

In other news, our Discord server also has custom emoji now, featuring myself and several other team members (plus Kat), drawn by a fantastic artist. Do you have a lifelong dream of becoming an emoji? Are you concerned that you are in danger of becoming too good at PSO? Do you want to hear a diverse range of accents ranging from Canadian to Oklahoman to south English? Join the Cyclops Team!

Trying to get in a team but my timezone is pretty shitastic :c (EST) Can i join? >.> I'm hot garbage at this game but i try to get on when time allows

All right, I'll give this a go.

SuperCentipede said:
All right, I'll give this a go.
Click to expand...

You picked a great time to join, this weekend is looking like a lot of us will be really active. We may even have to split into multiple parties, which is crazy. Feel free to hop on and say hi!

O hai! We're active again! We spent some months in cryostasis but have emerged, once again, to be the scrubbiest scrubs aboard Pioneer 2. I have this silly thing called grad school happening that will preclude most activity on my part during the week, but we're making weekend afternoons/evenings a regular time for hunting. Of course, there are others to play with during the week... just not me.

If you find yourself feeling exceptionally casual and mediocre at PSO, but still want to have a good time (and voice chat), feel free to join our Discord and say hello!

Ahoy! We went dormant again, as we are wont to do, but emerged from the Dark Tower of the Infernal Affliction with most of our souls intact.

Upon escaping from seemingly-endless torture at the hands of an anteater brute and his cohort of foul goblin servants, we resolved to de-rust our PSO skills and get the team back together. After many errors and deaths, this de-rusting was successful.

We learned that the goblin horde takes Fridays off, and as a result we've resolved to try to make a regular habit of getting together and doing some casual, voice chat-powered hunting on Friday afternoons/early evenings U.S. time. You're welcome to join us! There's a Discord link in the OP. We do play at other, irregular times, but I can't really say what these times are since it varies from week to week.

Also: we did recently clear out inactive (1+ year) members from our Discord, but if you were one of those and want to jump back in, please feel free to do so!

Hi! We're not as active as we used to be, but still find time to play, mostly on weekends. I've been sick a lot lately, so there hasn't been a whole lot of action on the PSO front. I updated the OP to reflect our recent "schedules".

I streamlined our team rules (they're the same as before, just shorter), and lately we've been branching out to other stuff like watching funny YouTube videos together, chatting about other games (especially the Pokémon series which is inexplicably popular in our group), and just hanging out on Discord voice chat.

Of course, we hope to return to PSO with more frequency soon, so new faces (or voices, I suppose!) would be nice to have. If you're interested in playing casual PSO with a small group and voice chat, come join us and hang out!
Last edited: Mar 27, 2019
You must log in or register to reply here.
Share:
Facebook Twitter Reddit Pinterest Tumblr WhatsApp Email Share Link
Top