The plot:
I am thinking of the Pioneer 2 after episode 3 so meaning they have landed on Ragol. They launch their satellite program. Using a satellite (Keyhole 11) they see perspective top-down or isometric similar to Diablo.

If anyone else wants to post ideas for a episode 5 or add/critique that idea yeah.
Last edited: Mar 20, 2019

(Key points in the thread)
Has a layout for area progression but no story yet. (The whole rhyme and reason is in the thread) but
•5 levels: Coastal forest, Crystal Mountain, Ice cave, Underground city, Necropolis (city of undead)
Jafet or Q: the undead would be the pioneer 1 people.
I said they could be the ancient civilization that was there before pioneer.
•Buff megid at lower levels
•Nerf hunters
•spiders, crabs, turrets, undead, or crystaline monsters.
•Quests provide connections between episode 3 and other episodes.


Another idea in the thread

•Episode 5 taking place after episode 4 beut before episode 3
•Since that, it has the same locales of episode 3 but could actually explore
~Tower of Caelum
~ Unguis Lapis
~ Dolor Odor
~ Molae Venti
~ Mortis Fons (although, I think this is the Cave area)
~ High-Speed Transit Network (Via Tubus)
• Episode 5 would have to hinder guns drastically possibly by introducing several methods of resistance.
•Story involving the introduction of CARD research
• Black Paper should also have a much more involved part in the story, showing more disgust at how WORKS is taking over Pioneer 2
• Additional 50-100 lvls
• Many casts revolting against their human/newman counter part which would be a hint of the android massacre
Last edited: Mar 24, 2019

The monkey is in the basketball!

The main thing I'd want in a hypothetical Episode 5 is an all-new set of weapons, frames, and units that renders most of the gear in Episode 4 obsolete, just like what Episode 4's gear did to 1+2's.

I have another idea for it. A day and night cycle based on the internet time. So in the day time the sky would be filled with the trails satellites leave in the sky (but im thinking you could only see the sky, by third person at night). At night-time the satellites (or satellite) would flicker like a star alluding to the name phantasy star.

Jafet mentioned the idea that lizards would be operating the satellites and that the satellites are controlling the lizards who are the main antagonists of the pioneer 2 settlers. satellite lizards. Keyhole lizards in a way
Last edited: Mar 24, 2019 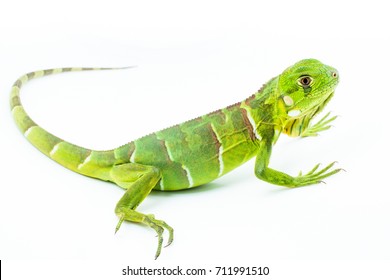 Jafet: A legendary weapon. Like a Dark Flow coming from the arm. Kind of like a enemy part from the last boss.

I also like that lizard facts thing. It would be a isometric perspective so that would be a menu display. (You could switch it on and off?)And also jafet mentioned that you dont realize this symbiotic relationship between keyhole 11 and the lizards until later in the game.
Last edited: Mar 24, 2019

So the reason i want a day and night cycle is for the night to mean there isnt any fighting or hunting lizards and you can just share stories or communicate, explore.
It would be a clear divide between the day and night also since the viewpoint would change from isometric to third person. Im sure someone could mod a get-around for that but thats gonna mean a certain amount of detail in the area no matter what view point. Besides lizards share the same sleep cycle we do.


Main point
Trying to encapsulate how it is to share stories with people around a camp fire while traveling a great plain, under the blinking stars.
Last edited: Mar 24, 2019

So sodaboy mentioned a possibility of transferring the r-base of episode 3 in psobb (although it was mentioned and wasnt to add to this idea). And that made me think of just using the r-base as the “day-time” lobby. Because, to trail off the idea above me, the lizards would be asleep at night so the lobby and the rest of the levels would be availible to explore without threat.

So for a community gathering feature the rangers can shoot their guns in the sky (like new years) and if youre in the same room as someone else you could see their shots in the distance. I saw the satellite in pso2 and ill update in a little more thoughts about it.

I enjoy the Lizalfoz from Breath of the wild. They are even well known for their crafty technology in the game lol. They also started a war withe the Zoras that you could read in that link under the breath of the wild description https://zelda.fandom.com/wiki/Lizalfos