Goal(s) : Provide a High Resolution UI for the Ephinea PSOBB client that is decently faithful to the original.

What's Not Yet Planned: 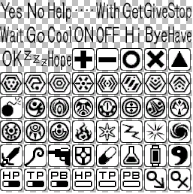 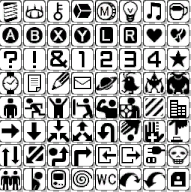 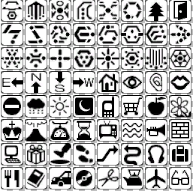 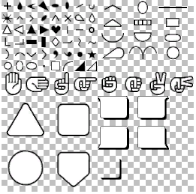 Important: Please don't edit/repack/bundle/rerelease or host alternative download(s) of any file from this project, thank you.

Installation Instructions: Extract right into your PSOBB game folder then set Ephinea's launcher from EN to "Custom" so that no files are overwriten by the launcher/patcher.

(Progress) No crash, nothing looking funny... 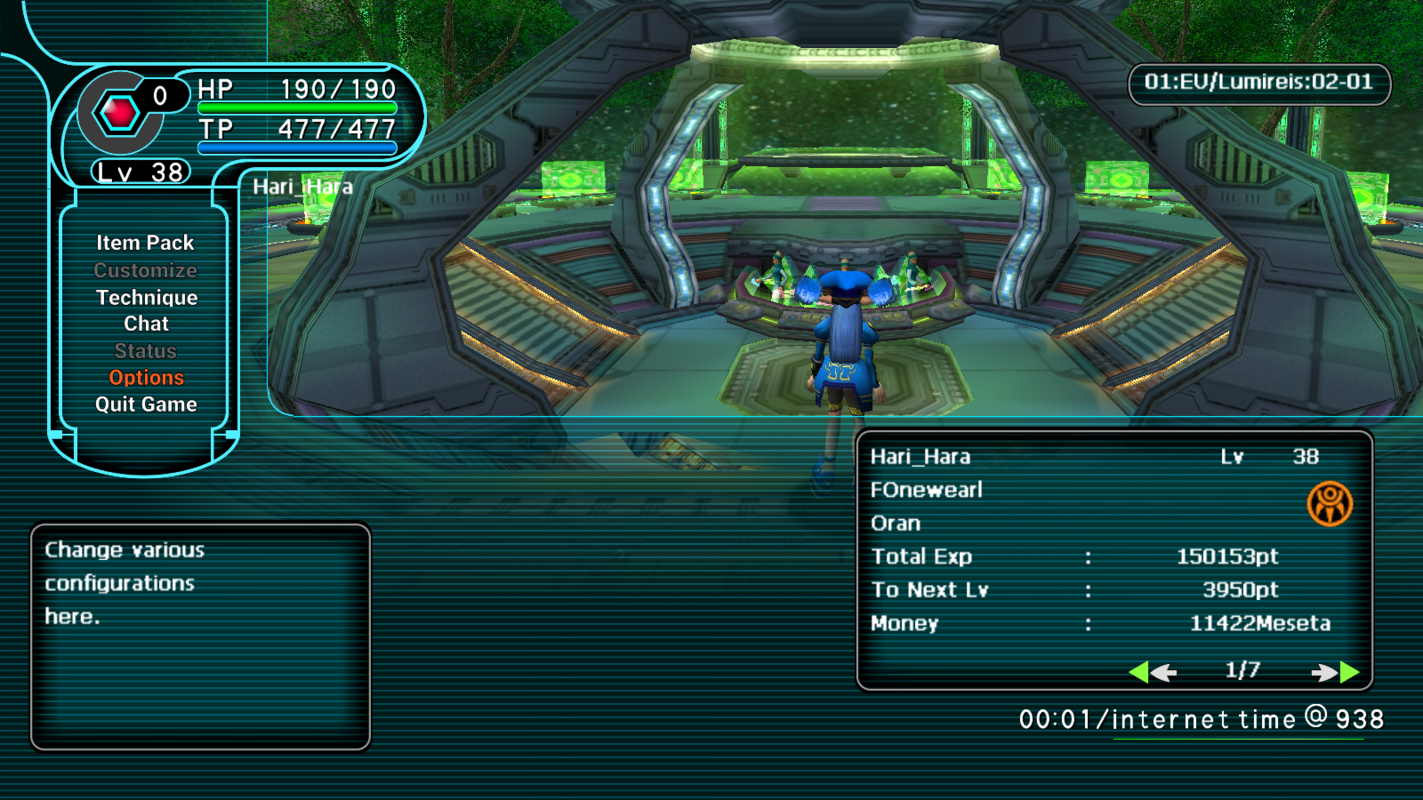 A look at actions palette 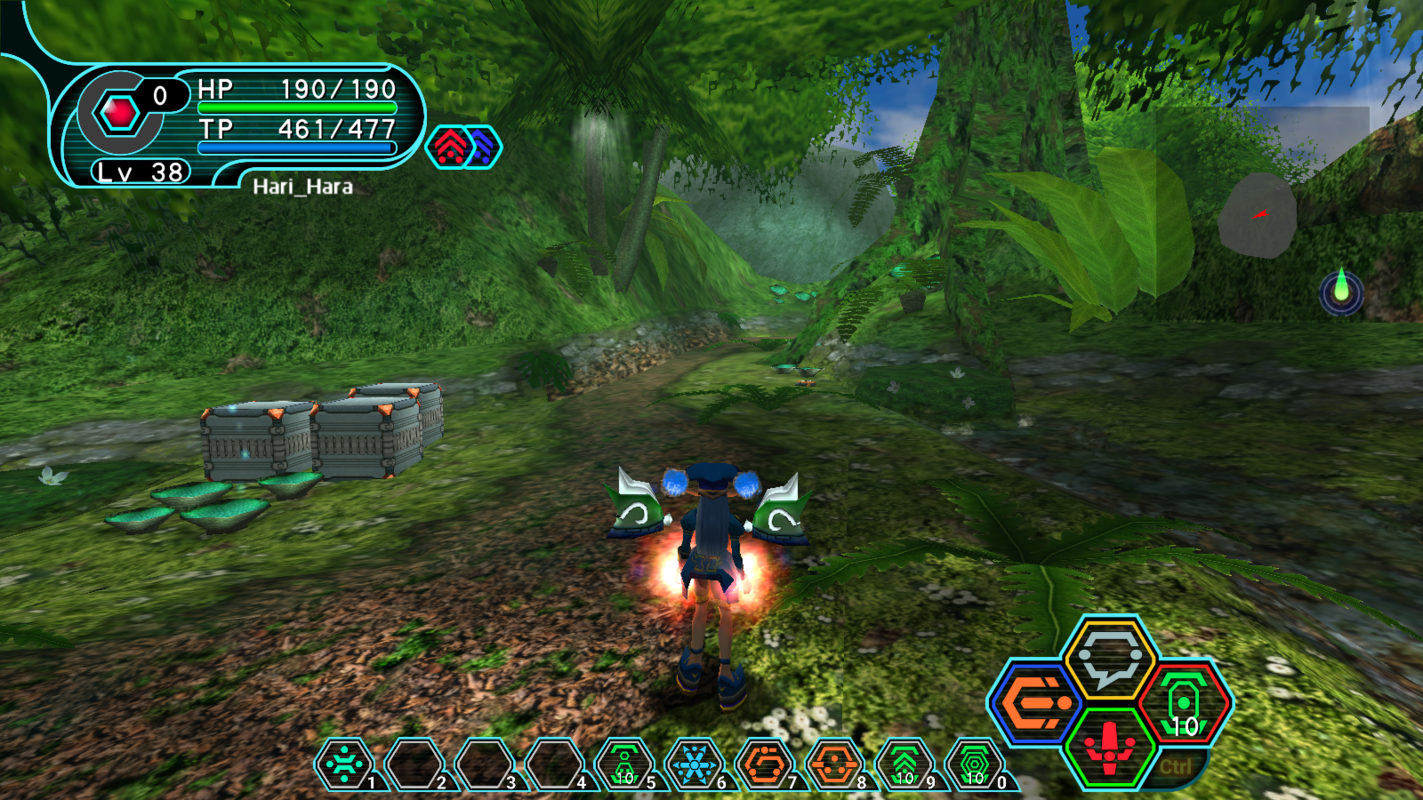 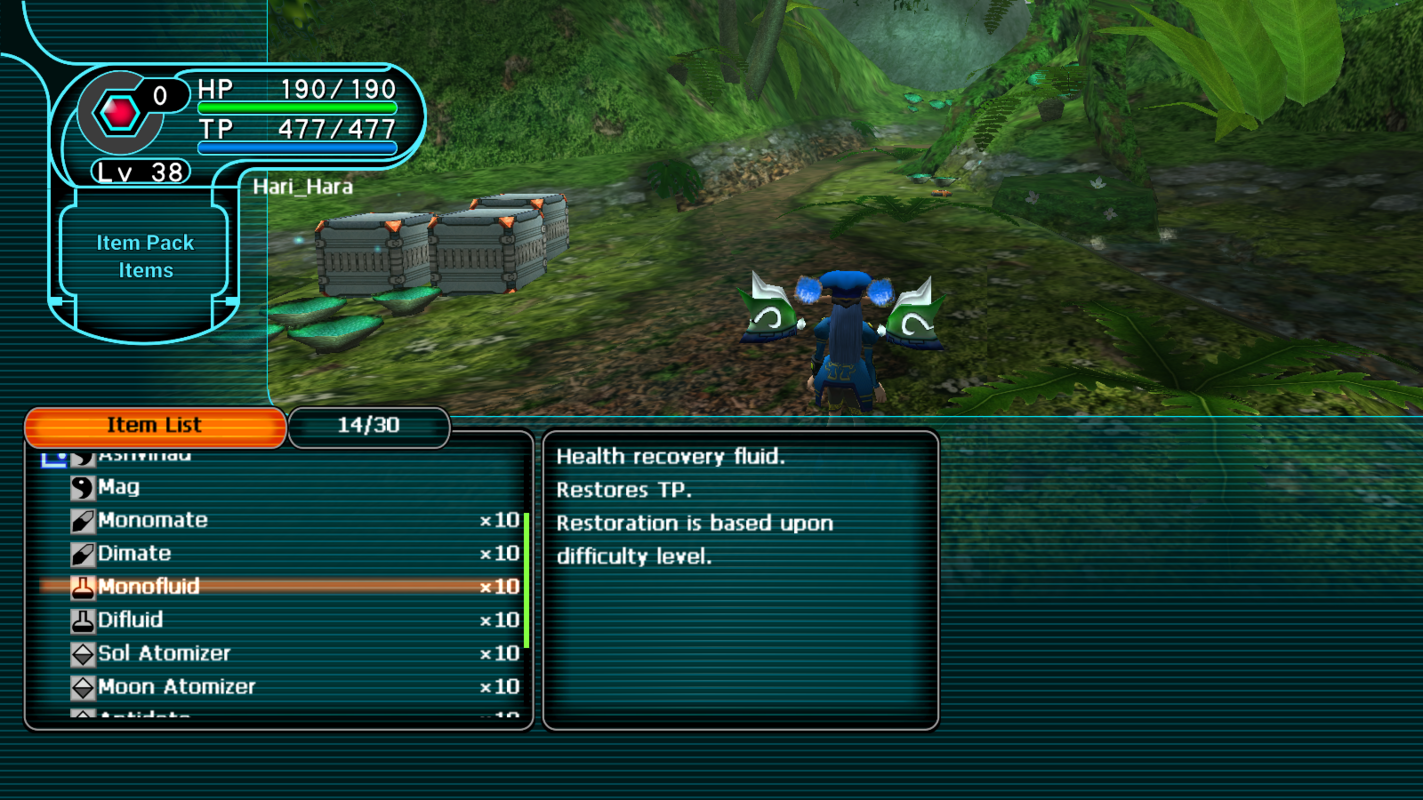 Looking good so far! Can't wait to see how it progresses! 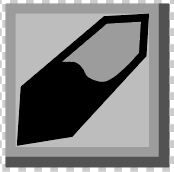 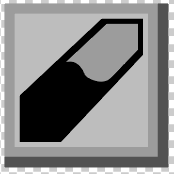 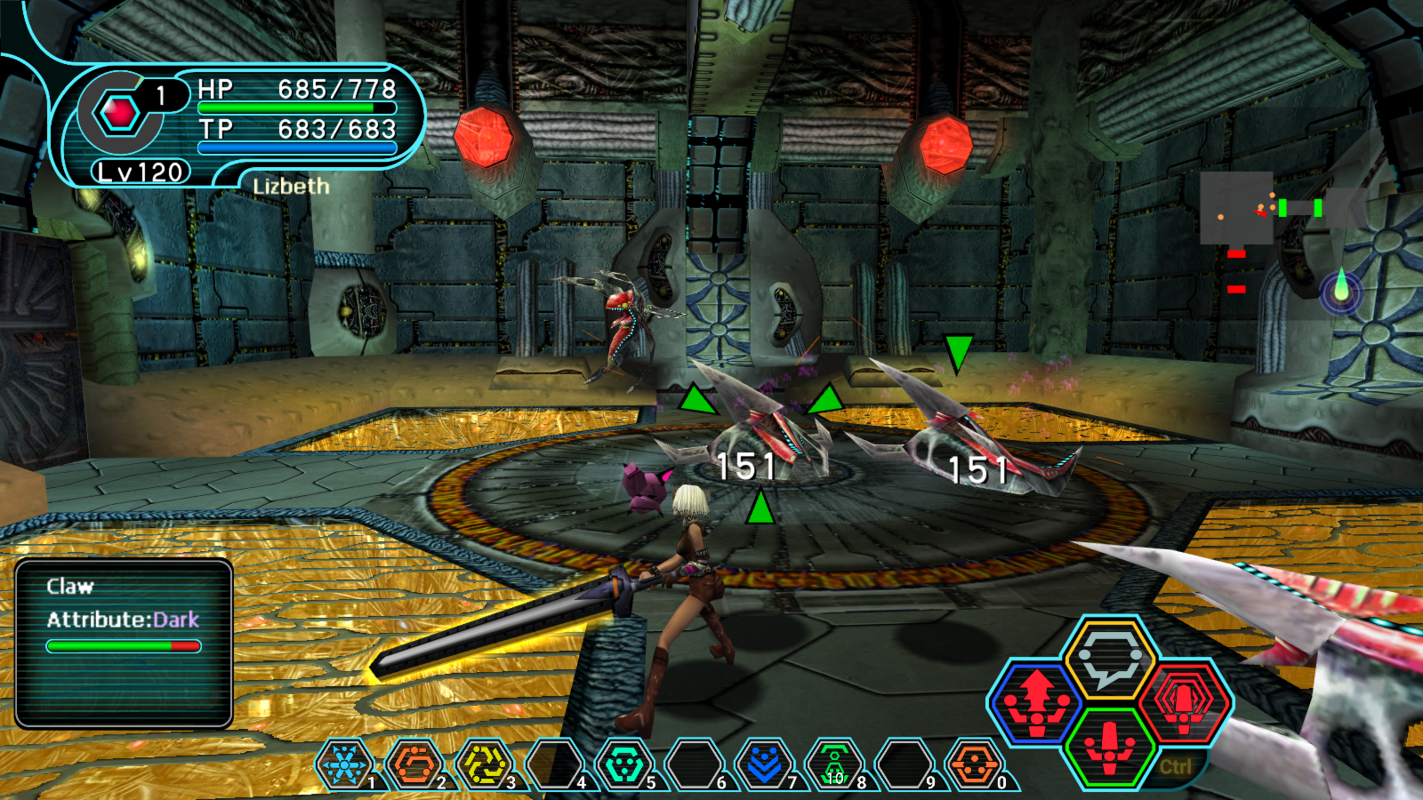 A look at action icons (in vector drawing app) 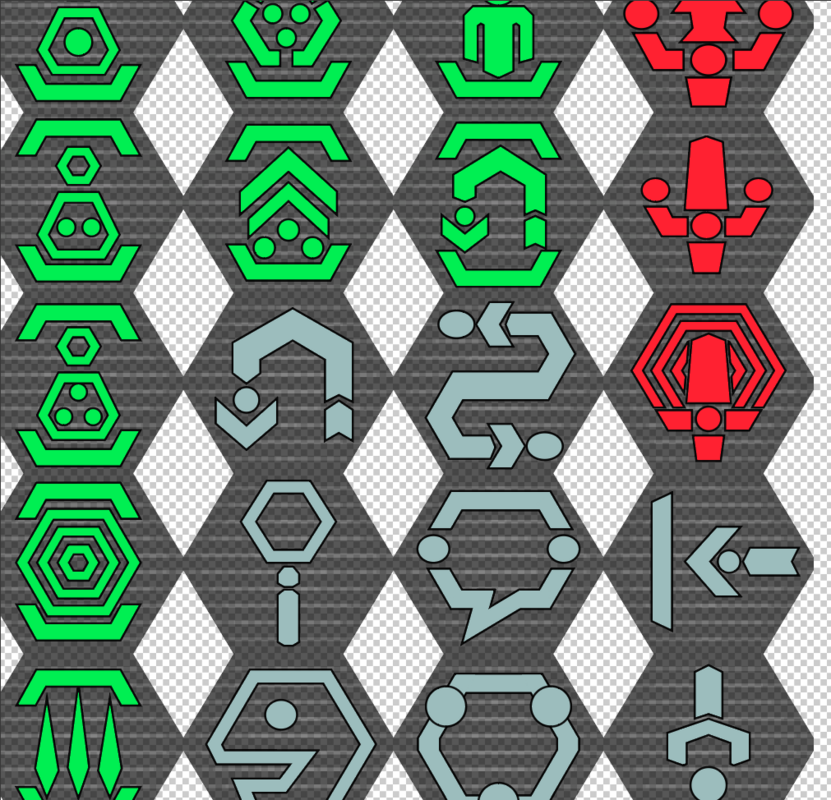 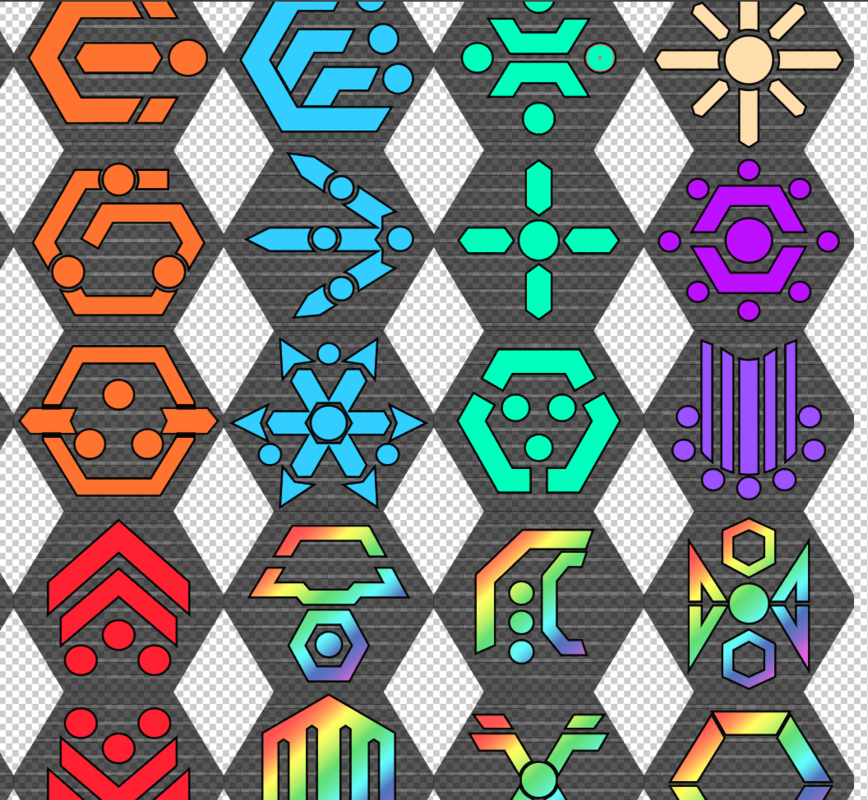 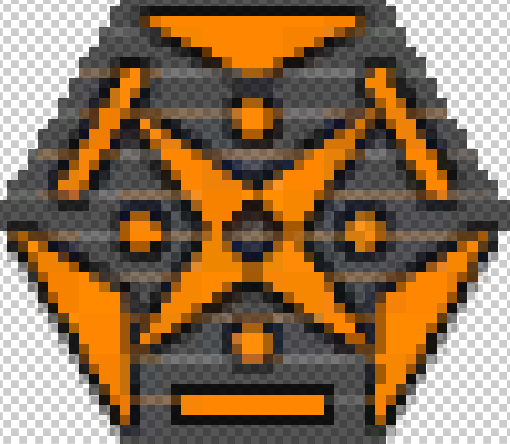 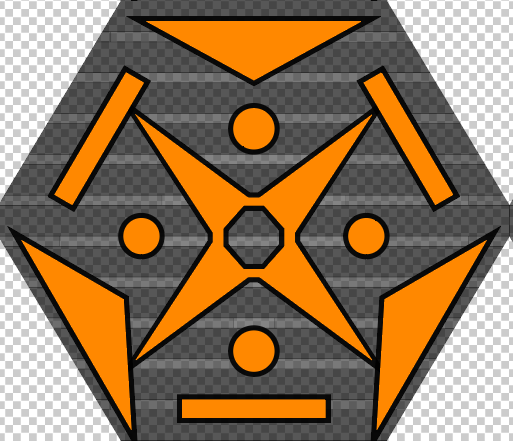 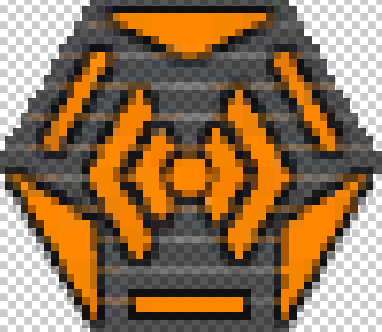 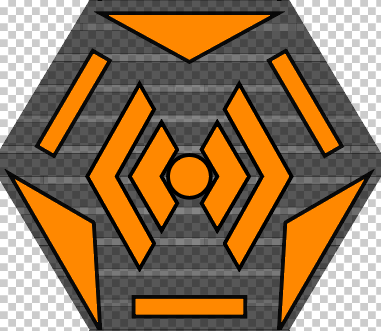 Here's a look at formats BC2 (first image) and BC3 (second image) with the third image being uncompressed PNG: 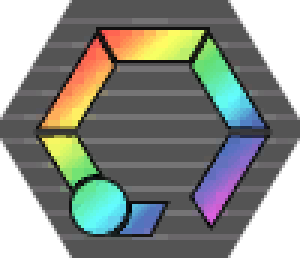 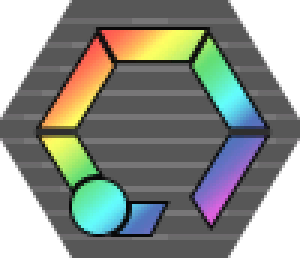 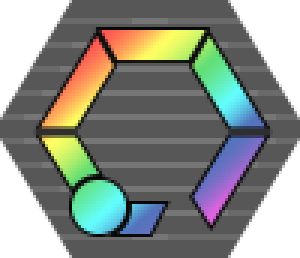 Okay so these images were taken from the smallest HD assets and then embiggened 3x to highlight BC2 artifacts, this icon is after all pretty small in game.

Which leads me to the following questions:
- Would you accept putting up with mostly invisible artifacts ?
- If not, should I even bother releasing 'lower-end' BC2 packs (which may use less VRAM but require that I update twice the amount of files) ?

I think there are a good number of 4K displays out and PSO is already so low in VRAM use. I wouldn’t even bother with the BC2

I’d think releasing it optimized for 4K would be ideal as it’d still look nice on 1080p when auto downscaled. 8K with 4K assets would also be just fine as I doubt anyone sits close enough on a 8K display to notice a difference.

If you just did a BC3 version for 4K, it’d probably be all you needed to release! (Provided PSO would still display that pack just fine on 1080p displays.)

Seconded. If BC3 works fine in-game, just keep that. It looks way better, PSO isn't exactly graphically intensive to begin with, and this isn't a full texture pack or anything - the HUD is minimal resource-wise, even for PSO.

Thank you all for the comments, I tested a 4x pack on my 1080p display and had an issue with scaling actually.
I'm outputting my assets with supersampling anti-aliasing which doesn't seem to be that effective when the assets are then downscaled by the game from 4x to 1080p.

Edit: Oh god I should have ran some tests before speaking, it looks as if Texture Manager doesn't support BC3 textures or something because it embeds the same texture format ID as BC2 in the XVM file... And it looks garbled in game just like in the tool. Either that or PSOBB only accepts BC3 for specific textures (?) 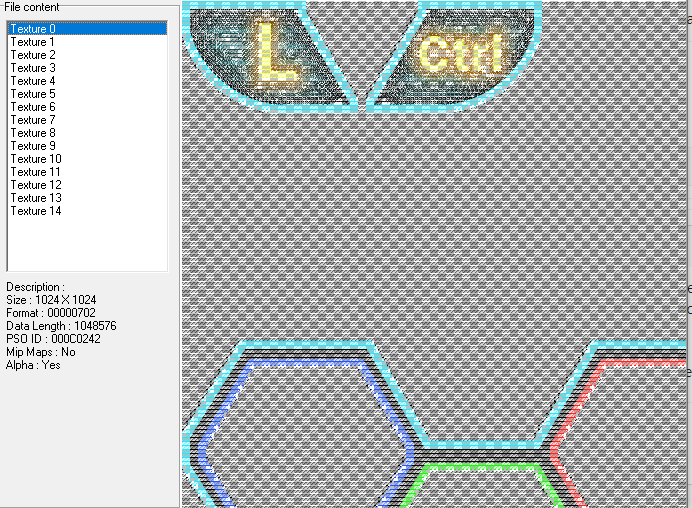 Edit 2: I just read the documentation over at https://wiki.pioneer2.net/w/Custom_files and I'm confused as to how to use this custom files functionality for stuff that is in prs or xvm form outside of an AFS archive.
Last edited: Jun 21, 2022

MagicLuthee said:
Edit: Oh god I should have ran some tests before speaking, it looks as if Texture Manager doesn't support BC3 textures or something because it embeds the same texture format ID as BC2 in the XVM file... And it looks garbled in game just like in the tool. Either that or PSOBB only accepts BC3 for specific textures (?)

Edit 2: I just read the documentation over at https://wiki.pioneer2.net/w/Custom_files and I'm confused as to how to use this custom files functionality for stuff that is in prs or xvm form outside of an AFS archive.
Click to expand...

I honestly don't know about the format ID.

That custom_files wiki page is for ItemModelEP4.afs, ItemTextureEP4.afs, and the custom bullets.xvm. It doesn't support anything else yet, but even if it did, it's not really intended to extend type of files that the game can load. It's just a way to simplify sharing textures/models and fixing textures without deleting files in anyone's .afs.

Oh okay, thank you for the explanation. I'll need to mention the need for "Custom" mode in Ephinea launcher then since the following files get overwritten otherwise:

Hey, so I made a NexusMods page for this, mainly so that download link is less likely to go down but also to hopefully evoke more confidence than the *cough* MEGA link.

Looks great. Only issue I found in minimal testing was this corner piece at 130% hud, 1440p. 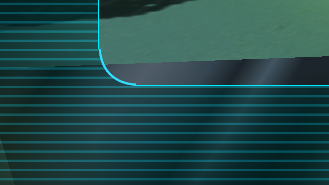 MagicLuthee said:
Oh okay, thank you for the explanation. I'll need to mention the need for "Custom" mode in Ephinea launcher then since the following files get overwritten otherwise:
View attachment 17375
Click to expand...

I'll be adding these files to the data/ephinea/custom folder in a future DLL update. The launcher will still overwrite the ones in the data/ folder, but the custom folder takes priority when loading so people can keep EN/JP for their launcher language setting.

Edit: I'm not sure this issue can be fixed, or rather, I don't think I can fix it so that it looks good at any resolution. What's more At 1080p the horizontal teal line the game draws has some kind of subpixel offset so it isn't aligned with the pixel grid... very frustrating...

Edit 2: I remember trying to fix this thing in my PSOGC pack without ever finding a solution.
I tried adjusting the rounded corner part of the corner piece without making it thinner... but look at this mess (all these horizontal lines are one single pixel thick before being rendered by the game, and the top part of the corner piece where it looks transparent I have no idea what's happening, it's pixel aligned in my file and should be fully opaque) 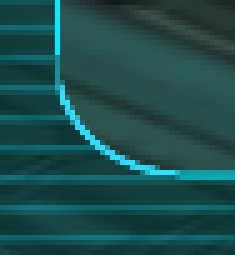 Just downloaded this yesterday and it looks super clean! I have had a custom glass hud for a long time that I was absolutely in love with. Going back to the classic feeling is great. Thanks for this.

I want to add my HD Section ID Badges to the UI skin... but It's been a while since I did something for PSO/BB I don't remember which file contains them

Edit:
Oh god, every badge (including an empty one) can be located in each of these files:

Replacing the Hunewearl Section ID badges seems to update the one visible in the UI but only when on that character class !
Last edited: Jun 22, 2022 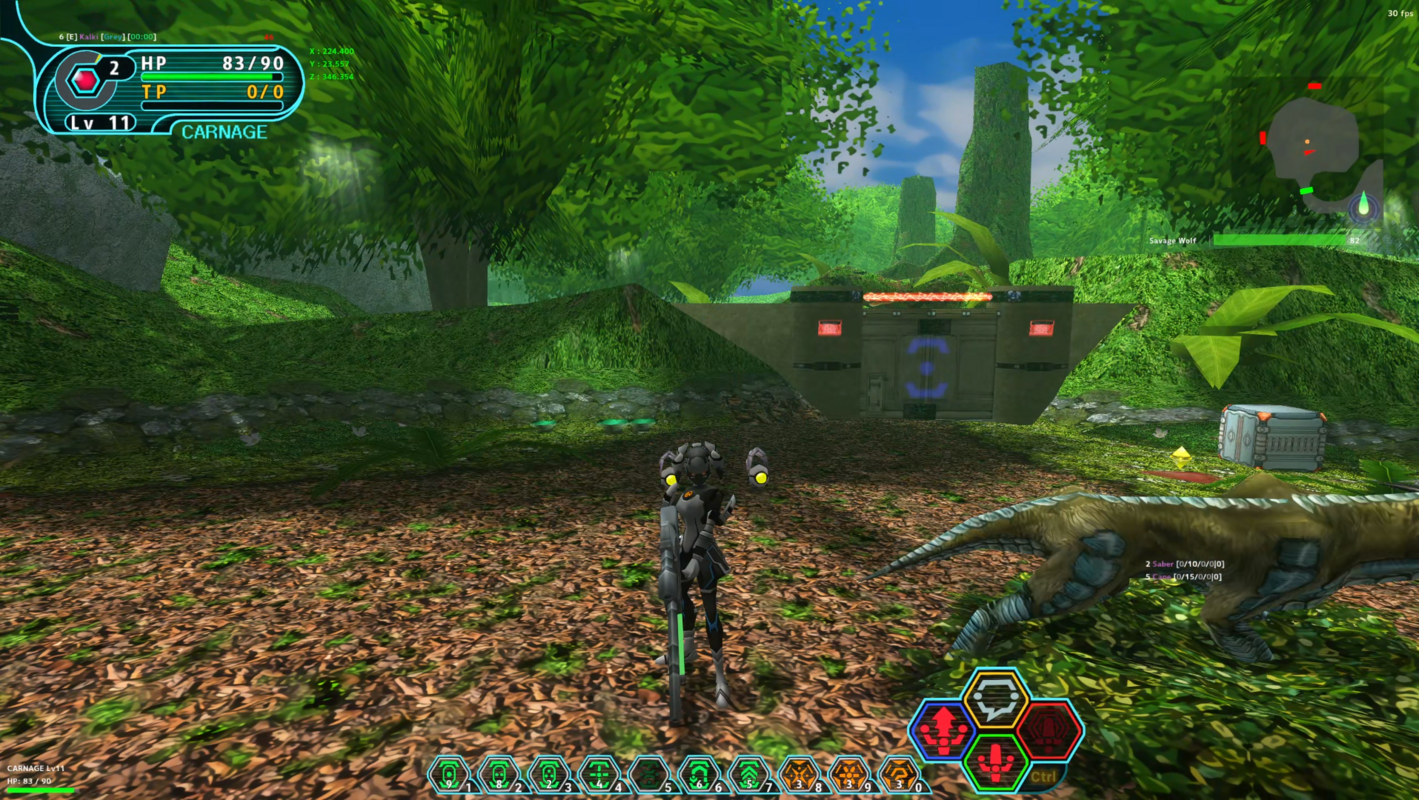 I use a different texturejapanese.xvm font but just wanted to showcase the hud you made and some plugins. Thanks again.

A big thank you to everyone who checked out the mod already !
Last edited: Jun 22, 2022

I also gave it a spin last night using the same texturejapanese.xvm that CARNAGE uses. It's super cool! I also used a different HUD for a long time just because I liked the look of it better, but these icons are CLEAN, man. Good work!
You must log in or register to reply here.
Share:
Facebook Twitter Reddit Pinterest Tumblr WhatsApp Email Share Link
Top