Staff member
Ephinea's Easter Event will be activated on the server on March 19th, 2016 and last until April 9th, 2016. The Easter Event is basically an Easter Egg hunt.

While the event is in progress, you will be able to find Event Eggs from all defeated enemies throughout the game, including all quests with the exception of the quests which already don't have any drops from enemies. (Maximum Attack S, for example.) 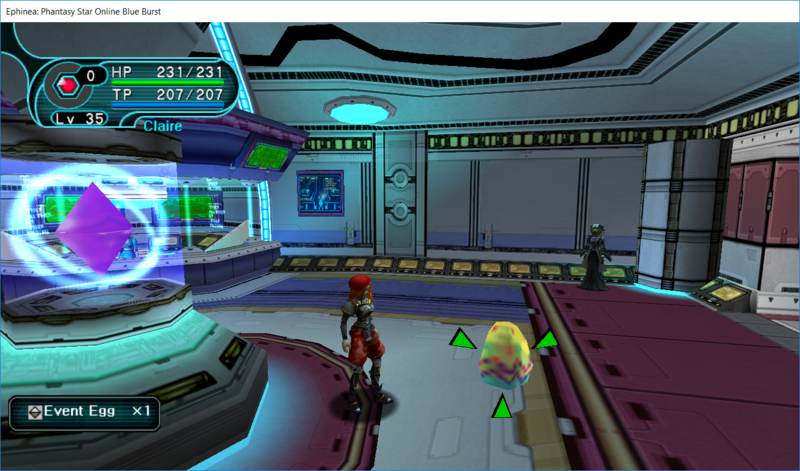 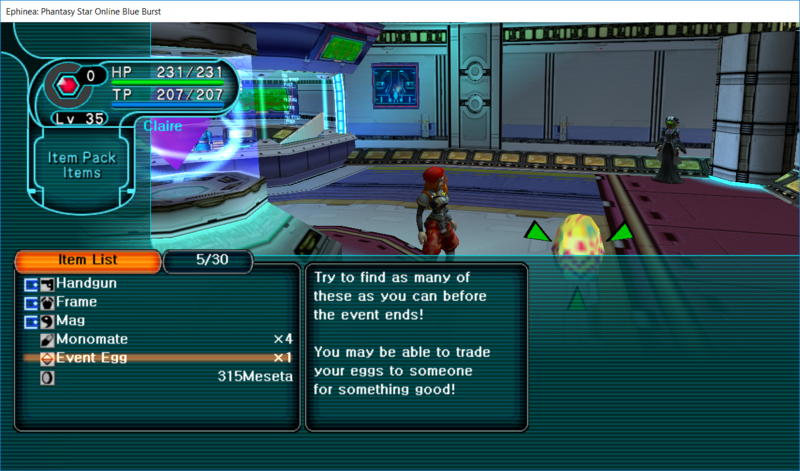 Finding an Event Egg is rare, so keep at it.

Please note that the Event Eggs are not the same as the Easter Egg drop from the Egg Rappy. They are a different item entirely with different uses.

Event Eggs cannot be opened or used, but they can be used as currency or even used as a gambling chip in an upcoming Egg Shop quest.

When the Easter Egg hunt concludes on April 9th, 2016, the 10 players who have found the most eggs will have a special reward given to them.

You do not need to save your eggs during the event and can use them at the shop any time. The server will remember how many eggs you've found on your account and a leaderboard will be added to show which players are currently in the lead during the hunt.

Please look forward to the event!

P.S. We will also be adding some new music disks at the start of the event... You will be able to find those from enemies too. 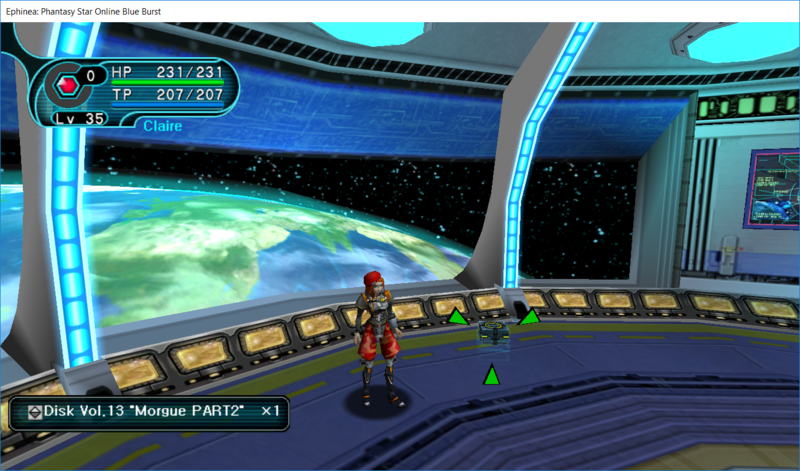 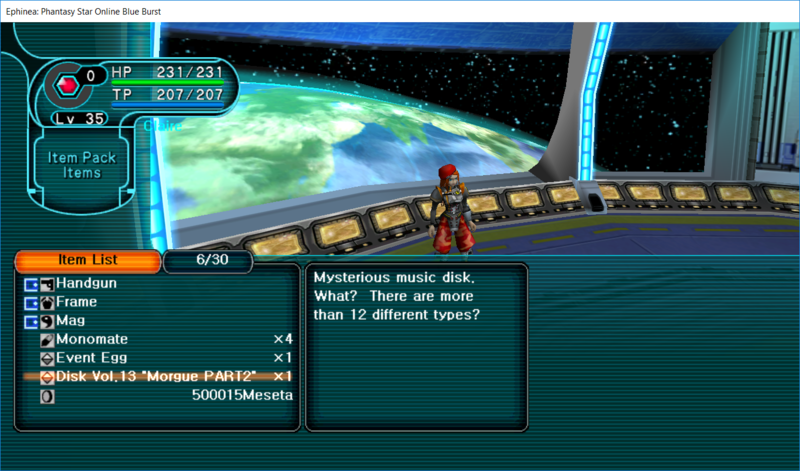 P.P.S. Rappies will not drop Event Eggs unless you've actually killed them and gained experience from them. If you simply scare them off and hit them to get an item off of them, your chance at an Event Egg from them will be 0.
Last edited by a moderator: Mar 17, 2016

Thank you for adjusting the event so not only ep2 Rappies drop eggs. With the old system, everyone felt obliged to do RT all day erry day during events - it gets monotonous.

Staff member
The eggs that drop from all the enemies are not the same as the rappy eggs. They will not be opened to drop Mag Cells and used for something else entirely, so people will still need to play Episode 2 for those eggs.

Also, you are saying then that Easter Rappies will still spawn and drop special items independently from the event eggs?

Edit to Matt's answer below:
Okay, thanks for the clarification! Sounds like fun!
Last edited: Mar 17, 2016

Staff member
Maybe it is silly weapons, I just assumed it was Mag Cells (I don't know what's in them exactly).

Yes, that is exactly what I'm saying.

I am assuming drops will be based on difficulty.

@phantasystarved / @Matt : The old original system for easter used to be Mag Cells via Eater Rappy Egg and Normal Easter eggs everywhere via any enemy. Later this changed to Easter Rappies dropping the Eggs only due to pure lazyness of the moderators.

Nice to see Soda and the team bringing back the event as it should be done. And even bringing in a competitive twist to get us roaring into hunting. I will surely be there going nuts. Time to forget about unsealing and solo mode and get my FO lvled into ult again before the 19th.

@Sodaboy I am assuming, the '10 players with the most eggs' is per character or is it via guild card allowing you to use multiple characters?

That Others May Live!

Matt said:
Maybe it is silly weapons, I just assumed it was Mag Cells (I don't know what's in them exactly).

Yes, that is exactly what I'm saying.
Click to expand...

Staff member
You guys, the regular Easter Eggs are still in the game and you can get them RIGHT NOW from the Rappies in the VR Temple.

The "Event Egg" is a brand new item only obtainae when the event starts. It is only for use in the Egg Shop. Just for clarification.

Also, yes, the top 10 will be guildcard based.

This is an awesome Easter Event! It used to be so ho-hum in years past on other servers. This really breathes some new life into it. Thanks, Soda!!!

Will those new music disks stay around even after the event? :3

PS. Will the egg shop stay open after the event ends? (This would make the eggs a valuable currency for trading.)
Last edited: Mar 17, 2016

Ade said:
Will those new music disks stay around even after the event? :3

PS. Will the egg shop stay open after the event ends? (This would make the eggs a valuable currency for trading.)
Click to expand...

Event Team
Nice, looking forward to this. Do the event eggs drop in all difficulties with the same rate?

Staff member
I hadn't thought about that, maybe I should make them drop less often in easier difficulties. Yeah, I guess I will adjust it to make it the easiest in Ultimate. But you'll be able to find them in each difficulty.

I think that'd be for the best otherwise everyone will spam normal to get the highest egg count. Server Kill % would be so high lmao

So what were we thinking for difficulties?

(Whatever it ends up being, I fully agree that we need to have motivation to play Ult.)

When will we able to see the shop, is it going to have ubers costing... lots of eggs? (Very eggspensive?)
@Ade since we ohko most things in normal I doubt that's enough <;

Staff member
I think the shop will appear probably in the middle of next week, though it could go up same day. I'm still discussing the reward list with the staff.

As far as the rates, since it was just brought up, I need to think about it more.

Will have more information for you later today!

@Melirei I see what you did there, an eggcellent joke indeed.

Also, thanks Spuz for further clarification, I only remembered the Easter Eggs and the wacky weapons. It's nice to know that this is closer to the original experience!

P.S. I was telling everyone in Shoutbox yesterday that I thought since the Easter theme was up that Egg Rappies might spawn, and was (unsuccessfully) looking for them. What I wasn't sure of was this: If, as an admin, you put a holiday theme up in a lobby, does it automatically trigger the appropriate holiday spawns in ep2 by default? I thought the answer was yes, but again, I wasn't sure.

P.P.S. Please don't go crazy really nerfing the drop rate on lower levels. We have newer players that don't mow down entire rooms using Hell Needles like some of the maniacs here, haha. Example of said player shown below.