MAHU confused for Scapedoll in trade

I was trading with a user named Skylar for a mahu when a strange glitch occured that made MAHU's look like a scapedoll. I figured he put the wrong item on so he tried again and it still showed up as a doll. He then put 2 mahus in which 1 turned into a scapedoll and the 2nd stayed a MAHU, He placed a third real scape doll which didn't change. Pictures below. Strange bug. x3 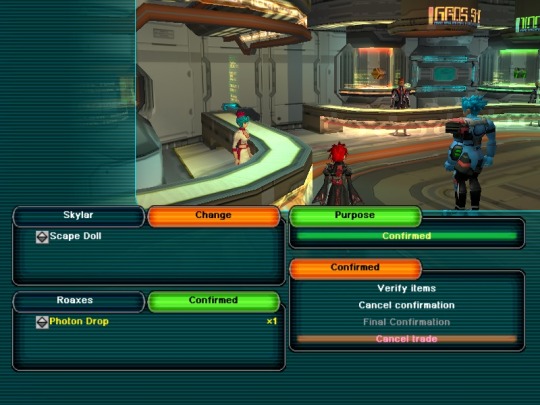 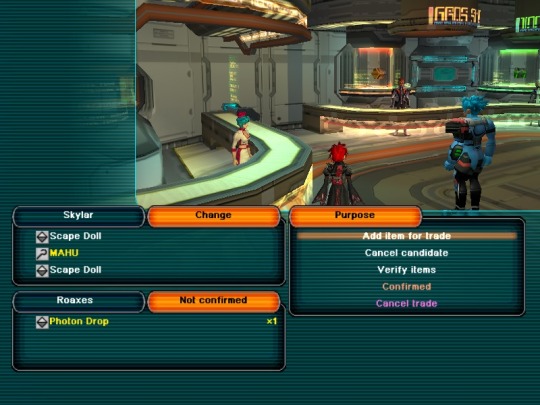 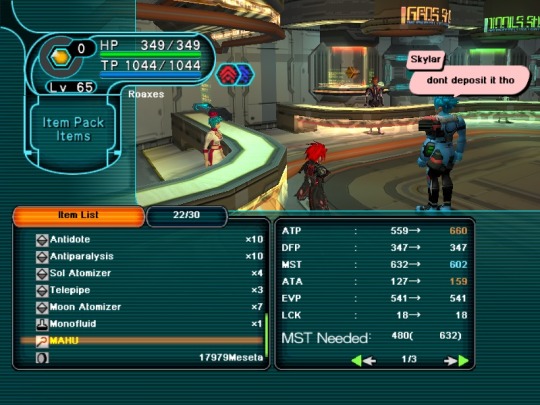 Note: I still got the mahu even though it claimed it was a scapedoll. But this bug could kind of lead to fights cause someone might think the other is pulling a fast one. xD

Staff member
I pointed tofu here, though he's probably working now. Maybe he can take a look at the code as the trade was his implementation. I don't really know how it works and haven't had time to study it.

Staff member
This issue is going to be caused by a desync as that list is populated based on itemids that a player has for the other. We still need to work on some desync issues it seems. Best thing to do is to recreate the game if this occurs.

Maybe you should implement some kind of desync detection/warning system so that players know when they need to return to the lobby to avoid this kind of thing. (Although one has to wonder how Schthack implemented desync detection without simpling fixing the desync itself. If you can tell when it happens, why can't you fix it?)

In the official servers desync happened as well, and it actually warned you with a scrolling message on the top of the screen letting you know a desync happened and that you should return to the lobby asap.

Staff member
We've lowered the amount of desyncs that happen tremendously since opening the server, it happens far less often than it used to.

I believe, fully, that lag (ping time and hops to the server) plays a key factor in this.

We do detect when desyncs occur, and usually display a message either to the right or the top of the screen (scrolling banner while at the bank). There's still a couple that we hard disconnect for, usually when when the item id of an item you're feeding your mag doesn't match up with what the server thinks (so we don't mess up your mag) and also when you're trying to drop an item when the item ids don't match.

We can't fix a desync when detected, though, because we no longer know what the item is that is attached to that item id.

To go into more detail, whenever a game is created or someone joins a game, every item in the character's inventory and bank is assigned a unique item id (this is NOT the hex value of a item, like 031000 for a Photon Drop, it's just some incremental value that goes up as more items are generated in the game). The clients all know what this information is because the leader transmits it to them in the game state packets (which we don't know how to decrypt, but these packets contain the full state of the game like, inventory, enemies that have been defeated, stuff about items on the ground and so on).

The server usually knows what stuff should be as it increments values as the game progresses.

Another thing is, there are certain item actions in PSOBB that always act the same speed, though, even when lagging. For example, mag feeding, shopping, using items and depositing items into the bank, which modify item ids on the client's side. But the client tries to send these packets out as soon as they happen.

Basically it comes down to a matter of item ids on the client and server not incrementing in almost lock step with each other when there's lag. This issue can be compounded if someone is lagging pretty badly while other people are just fine, incrementing item ids, using items and so on.

We cannot fix a desync, though, because we may no longer know what the item is at the item id. We may think it's one thing or maybe we don't think that item id exists yet. We can't assume, because the client doesn't really tell you everything.

But, man, if the client did, it'd be easier to catch people who modify their equipment in memory or other things in order to make the game easier. If only we had a packet we could send to the client to force it to tell us their entire character structure in memory or all of their inventory or something, but there isn't such a thing... afaik. Closest thing is when a client quits the game, it sends it's entire character to the server, and also when someone joins a game, the leader will send out HIS/HER inventory in an easy to read packet, for some reason it transmits the other party members inventory and things in some other type of game state packet I have no idea how to read.

Neirene said:
In the official servers desync happened as well
Click to expand...

Proof that BB was only released as a testing ground so that the release of PSU didn't become a total disaster? :lol: Sega: "You know, maybe we should test this whole server-side thing..."

Neirene said:
In the official servers desync happened as well, and it actually warned you with a scrolling message on the top of the screen letting you know a desync happened and that you should return to the lobby asap.
Click to expand...

I just changed the majority of desyncs to be this way now. It also doesn't disconnect for most things and just warns the user that it's a good idea to leave the game, change blocks and rejoin/recreate the game.
You must log in or register to reply here.
Share:
Facebook Twitter Reddit Pinterest Tumblr WhatsApp Email Share Link
Top