It rears its ugly head again.

Thanks and sorry that your updates are being a pain to you! 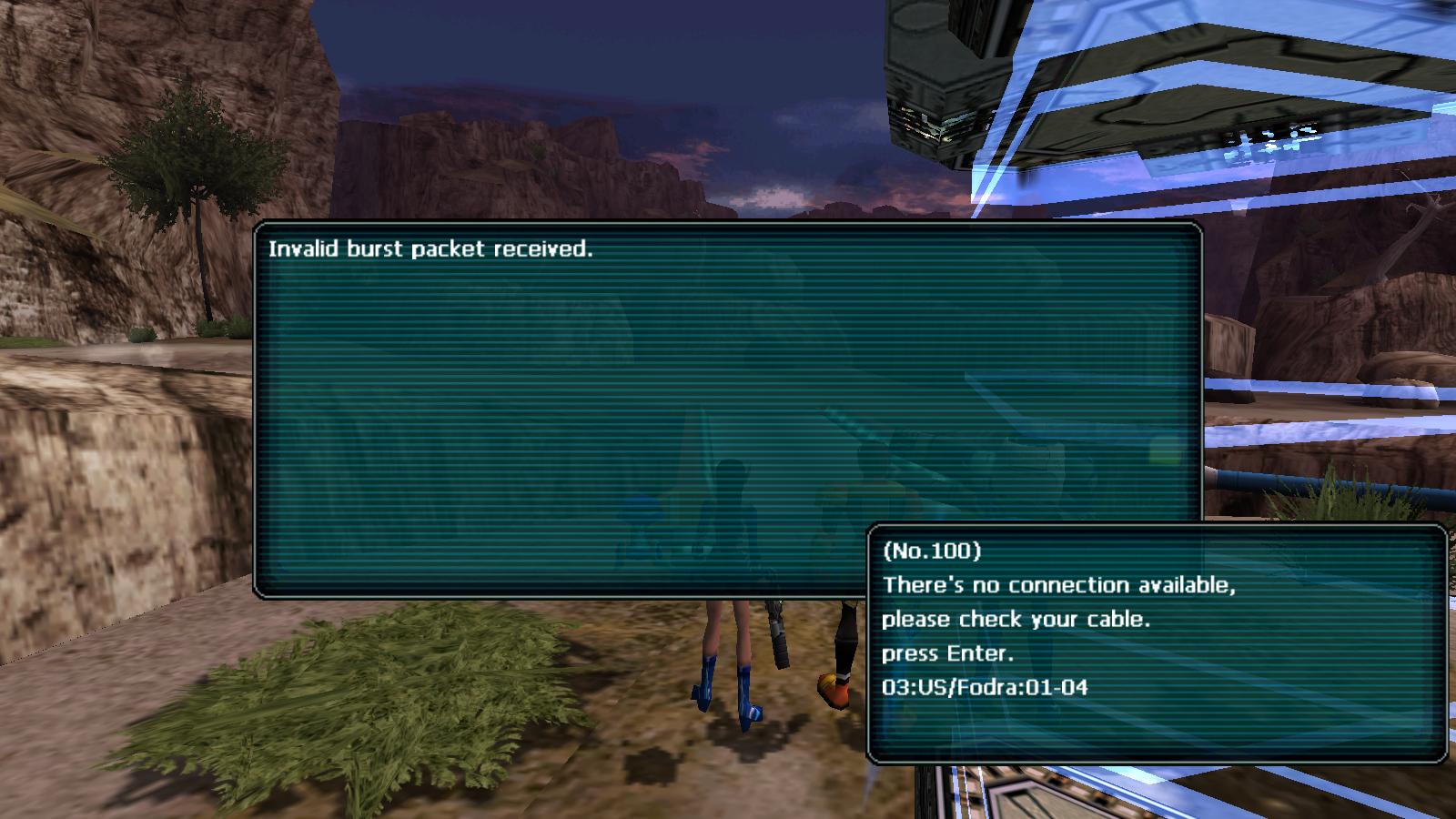 Staff member
damn it, okay, let me look at this

Staff member
Alright, found the issue with that. I'll just disable the check for now, 'cuz I'm not going to restart the ships again for the fix for that. (Will do it much later or something.)

You should be able to play it now.

Okay, so I can enter the maps when alone, it seems like maybe NPC escorts that are messing me up?
Entered Single Player Ep1, went to Forest fine, tried Battle Training and this:

(edit: You ninja'd me. Thanks again!) 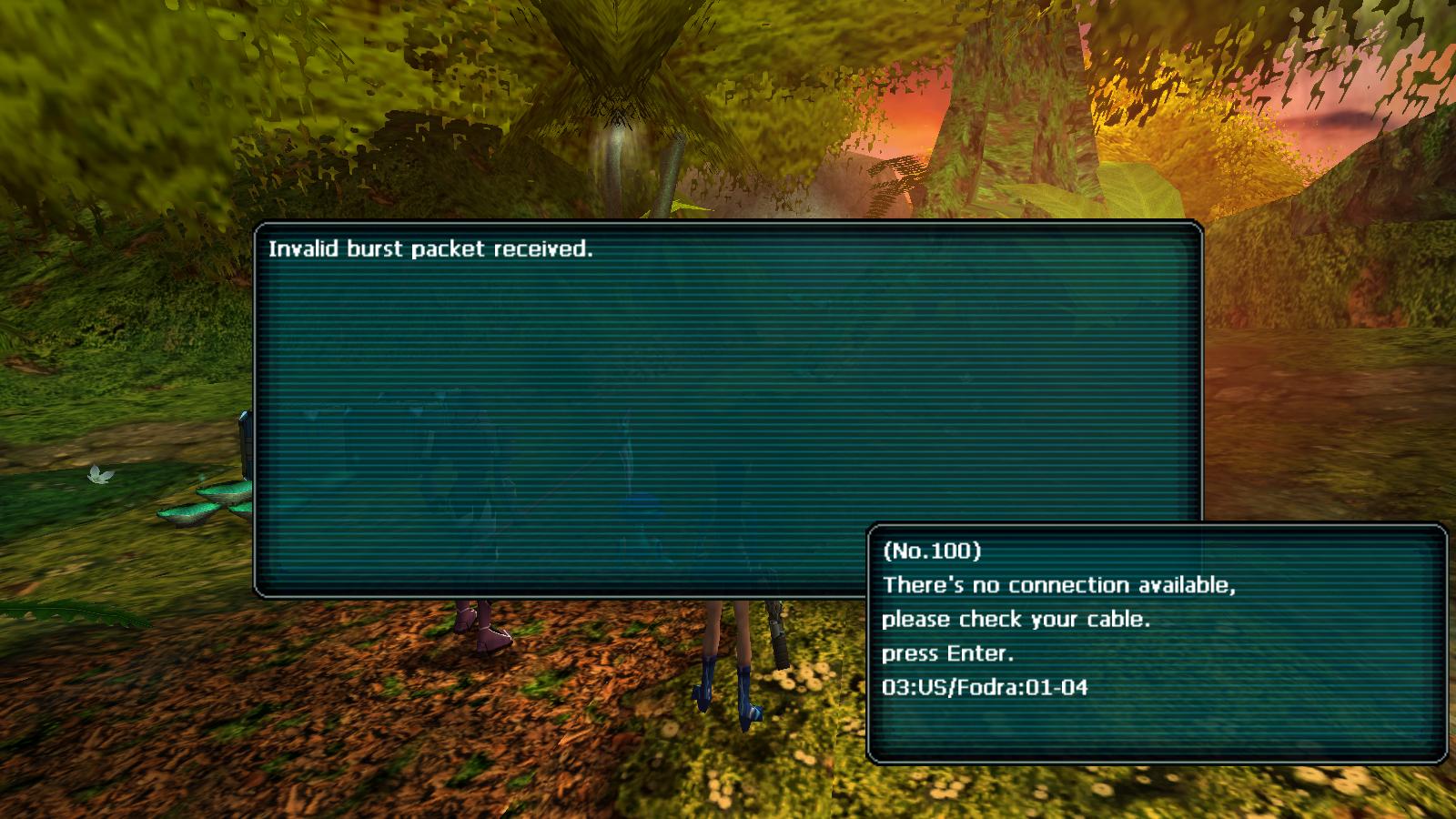 Staff member
It is related to the NPCs, I've fixed it in the code but disabled the check for now until I can update the ships again. (As I said in the post before you posted this.)

Staff member
Unfortunately, this still has an issue when claiming quest reward in quests with NPCs (solo mode only), so I'll probably push the complete fix sooner rather than later. Maybe in about 3 hours or so.

The problem I was trying to address with this patch was the ability to use Cheat Engine or other outside means to warp around areas in quests. Though, when you have a party of NPCs, they send some of their own burst packets which confuses the server. (Because I forgot to only examine the client's ID. When you play with NPCs, the client sends packets for all the NPCs. Their walking, changing areas, attacking, etc.)

Thanks for the update.

Yepyep, I was going to post that Warrior's Pride is still unfinishable, because it dc's you when you get your free mates/trap visions at the end of the first map. But you beat me to the punch again, heh.

Sweet, thanks! Time to change ships...

I recieved the mates/trap visions ok but when I piped back to town, I got an invalid burst packet as soon as I arrived in Pioneer 2.

Staff member
OK, thanks, will look into it again and disable the check again.

This time the disabled check will let you get your items OK on Auldrant and Lumireis.

Staff member
Lol yeah, I am going to redo my idea about syncing it.

Got dc'd anyway... coulda sworn I was on Aldurant...
I think I'm done with SP quests tonight hahaha

I love that movie.