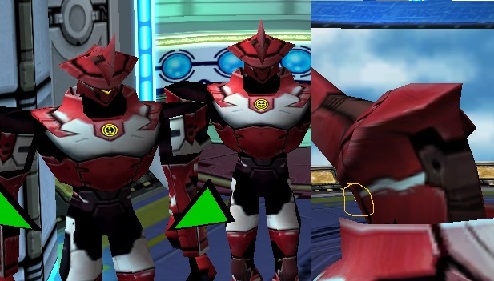 In V1/2, the horned head's eye was lit, but V3 and on broke it. However, the NPC you see in "Claiming a Stake", which happens to be -exactly- the same as my cast has a lit eye. However, face northwest as a horned HUct, and you can actually see a little bit of this light.

I was wondering if it was possible to "restore" the eye light with some tinkering/model swap/ect. This obviously isn't important to the server in anyway, but I'm just curious why it broke. Although if you look closely at the lit horn's eye, you can sort of see through it, and the polygons vanish behind it.
R

That's pretty interesting, I always thought that head model was kind of bland, now I know why. It's pretty limiting as a HUcast to only have one head that has colored eye lights, so I'd be in full support of a fix, if anyone knows how to edit it.
A

Event Team
Seems like the normal vectors either in the sader or on the model are inverted. As you can (again) see here in character creation, the side facing away is lit. My guess is the model ... should be some polys layed over the face with a slight distance. That's why you can sometimes see it while turning.

I had completely forgotten that light existed.

I think V1/V2 rendered characters with no backface culling so that would explain why it was visible. You could probably use this tool and Blender to fix it: http://www.richwhitehouse.com/index.php?content=inc_projects.php#prjmp91

well, if it could export to .nj, that is. Doesn't look like it can. Surely there are tools for this, because people mod Sonic Adventure DX all the time and that uses .nj models as well. You would have to preserve the skeleton and rigging for each model you edit.

Well, maybe not. The normals are correct, as exported to .fbx, but they may have been regenerated: 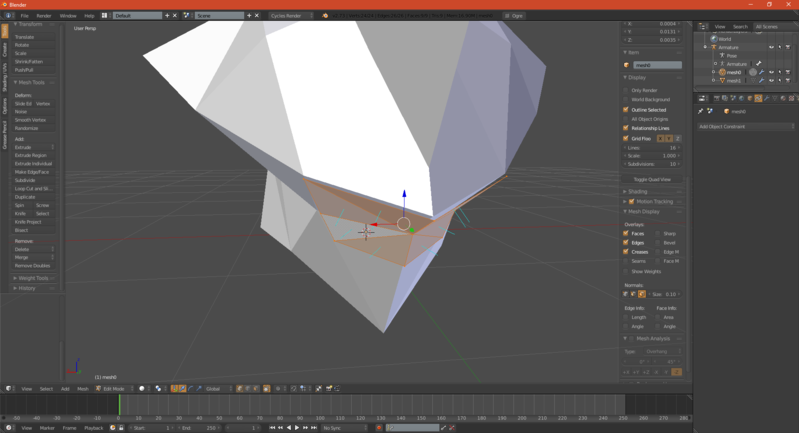 There is a way use data.gsl export i believe. Its possible to switch these models. Look at the way to patch chao as a playable character.

The character model parts aren't inside data.gsl, they're dangling in the data/ directory. The files start with p, then a capital letter indicating the class, then the body part abbreviated, or something to that note. If I had an .nj exporter from a format that has skinning and armature info embedded (like fbx) I could probably reconstruct them. Would make for an interesting mod project, making higher poly versions of all the classes.

There is a similar issue perhaps with other cast heads in general. HUcaseal head 5 is unlit on some bodies, which just seems odd. Same for RAcast head 2. Compared to some other heads which are lit for each body, it just seems like an oversight, but that's more subjective I suppose.

Of particular note though is RAcaseal head 1 on bodies 3-1, 3 & 4. There is band of color barely visible at the top of where the headband would be. I would think these may be intended to be variations without the headband, as some bodies don't have the ribbon behind the waist or even the whole skirt and there aren't any remnants I can see there, but that there is that band visible at all makes me think it could have been mapped badly or something, or they just forgot to make that tiny strip render transparently.

The arm attachments on 3-4 also seem to have missed QC as well, because the bottom portions are still visible, with more on the left arm it seems. It's enough to make them unusable.

Did this ever get fixed? I knew I wasn't going crazy with the eye being lit in the past!

Ask in the Quick question quick answer thread and get all the info you ever needed and more, probably.

Staff member
This kind of stuff is easily fixable, but if we start pushing out model/texture swaps for things like this and Baranz Launcher, it'd break some skins people have. They'd have to manually patch their skins into whatever edited files we push out, and I don't know if that's worth the collective effort.

Ryan said:
This kind of stuff is easily fixable, but if we start pushing out model/texture swaps for things like this and Baranz Launcher, it'd break some skins people have. They'd have to manually patch their skins into whatever edited files we push out, and I don't know if that's worth the collective effort.
Click to expand...

I don't mind having to manually fix this myself if you feel like pushing it via client would break people's skins - but I for sure would love to have the coloured eye back!

Anyone able to do this fix for us to manually install, rather than push it from server? If it were just some texture edits I'd give it a go myself, but from the Blender screen above, that doesn't seem to be the case.